Home > Back to Search Results > Germans take control of the island of Jersey...
Click image to enlarge 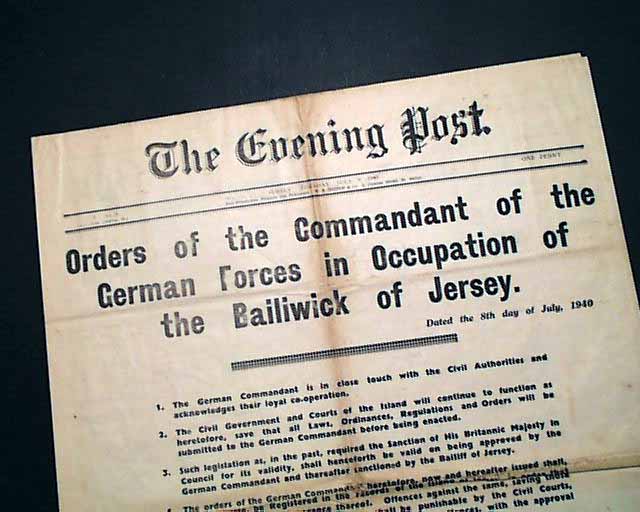 Germans take control of the island of Jersey...


THE EVENING POST, Jersey, July 9, 1940  This is a small island in the English Channel which was under the occupation of the Nazis during most of World War II.
This issue is from the very beginning of German occupation, as the entire front page is printed like a huge broadside, headed: "Orders of the Commandant of the German Forces in Occupation of the Bailiwick of Jersey." detailing the 12 points which must be followed (see photos). The balance of the issue is in typical newspaper format with news and ads.
Complete in 4 pages, never bound nor trimmed, some foxing at the folds, generally very nice. A very rare newspaper.