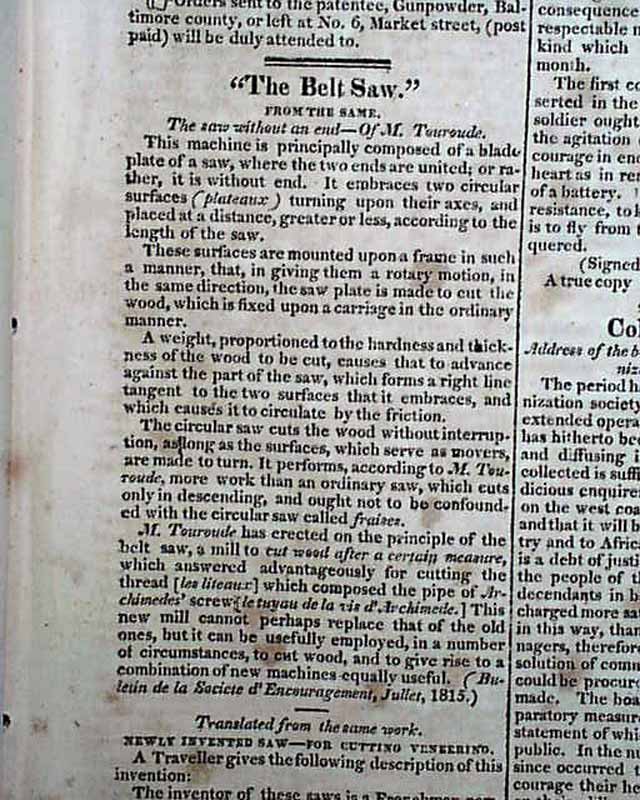 
NILES' WEEKLY REGISTER, Baltimore, May 1, 1819  Inside has a report headed: "Sale of African Slaves" which notes: "...the town of Milledgeville, will be exposed to public sale to the highest bidder between 30 and 40 prime African slaves...Indisputable titles will be made, and prompt payment required." (see). Page 5 has an interesting article: "The Belt Saw - The saw without an end--Of M. Touroude" which is descriptive of this new invention we now know as the band saw. The back page has a brief item about the death of: "...lieut. Lewis German, of the U.S. navy--a brave and meritorious officer. He was in the Constitution when she captured the Guerriere and Java."
Sixteen pages, 6 1/4 by 9 3/4 inches, lite scattered foxing, otherwise in nice condition.