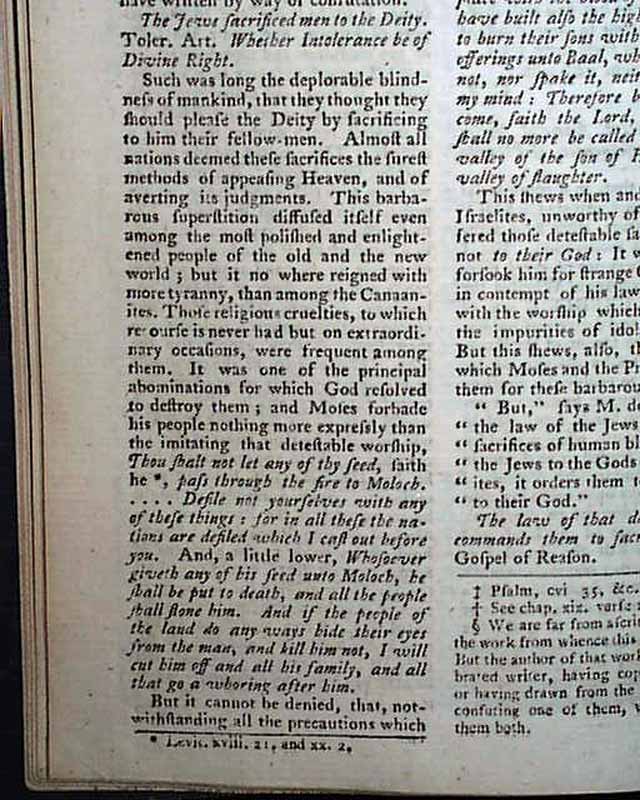 Item # 620302 THE GENTLEMAN'S MAGAZINE, London, May, 1772  Among the articles within is the continuation of an article begun in the January issue: "Voltaire's Charge Against the Jews Refuted" which takes nearly 2 pages & is continued from a past and in a future issue (see images for portions). One of the accusations refuted is his belief that Jews made it a practice to sacrifice humans to please their God.

Also in this issue is: "Madan's Argument in defence of the Trinity Considered". Near the back is the "Historical Chronicle" which includes the latest news reports of the day including a few brief items concerning America.

Both plates called for are present, including a nice map of the Navigable Canal from Chesterfield to the River Trent, and another of the Soco (or West-Indian hero).

Complete as a 48 page issue with a full title/contents page featuring an engraving of St. John's Gate, measures 5 1/4 by 8 1/4 inches, nice condition. 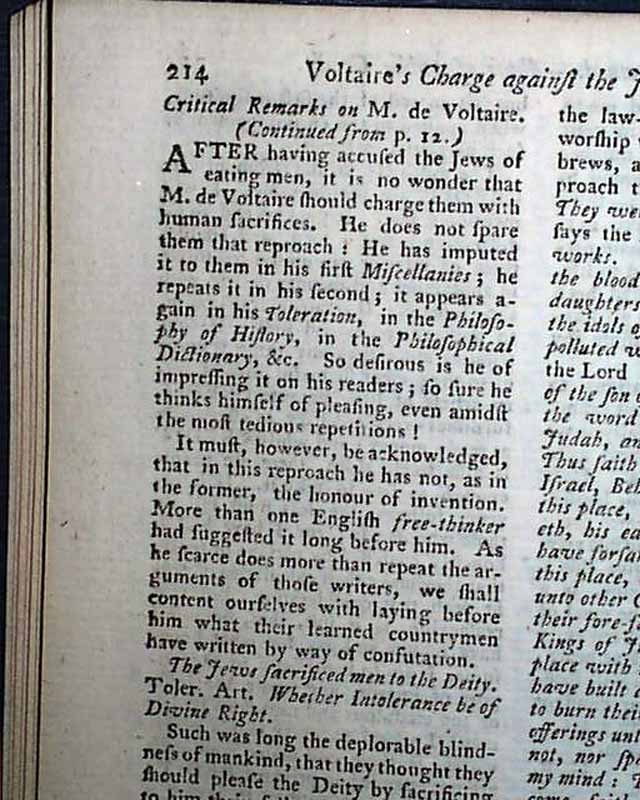 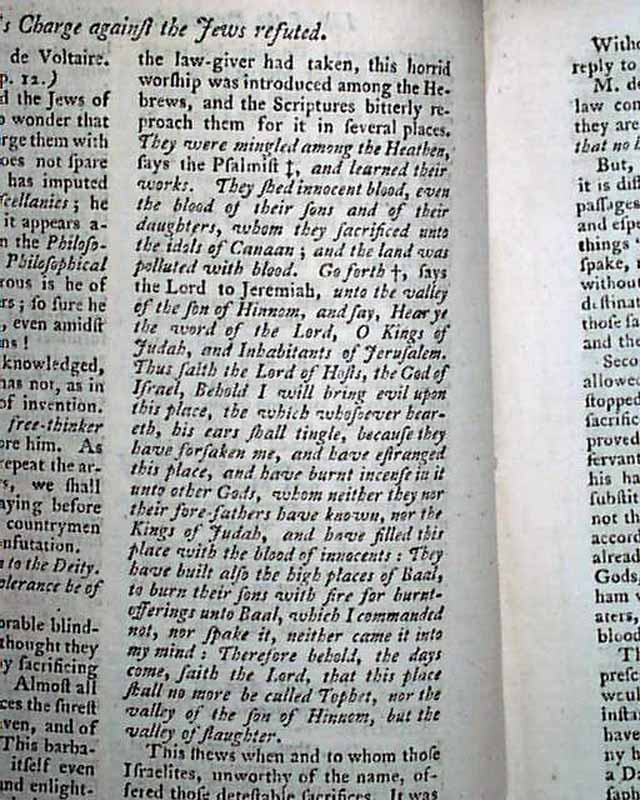 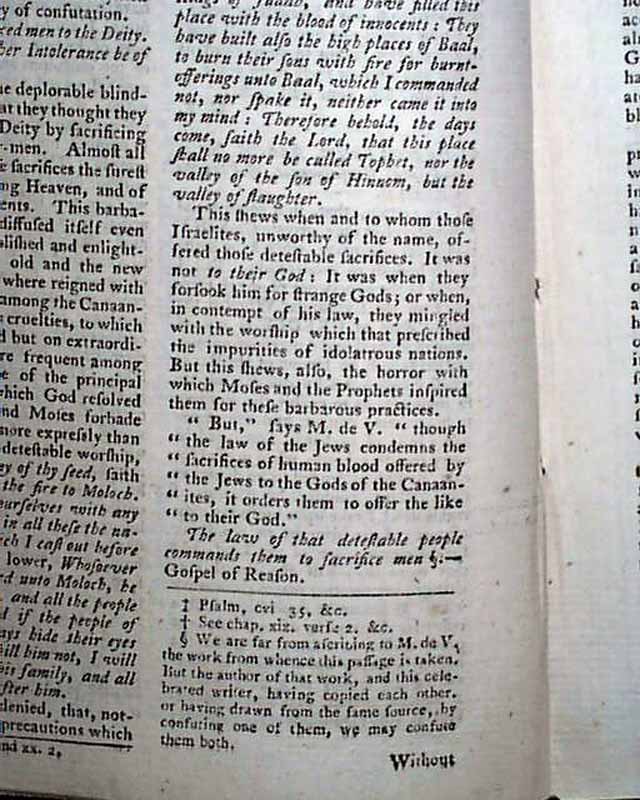 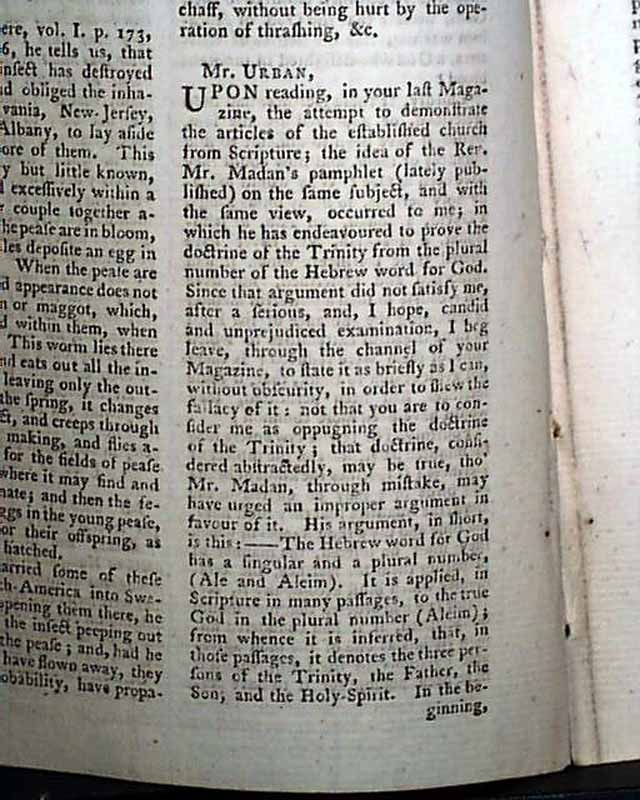 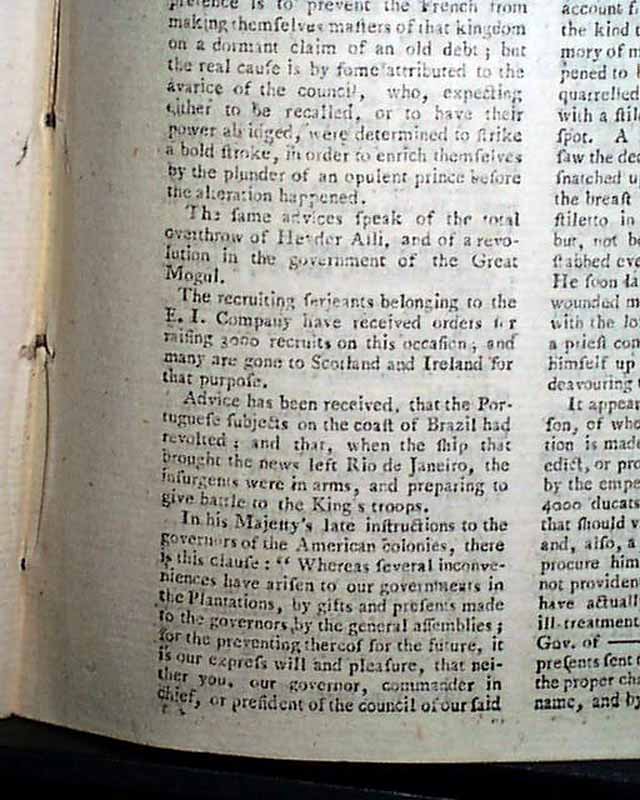 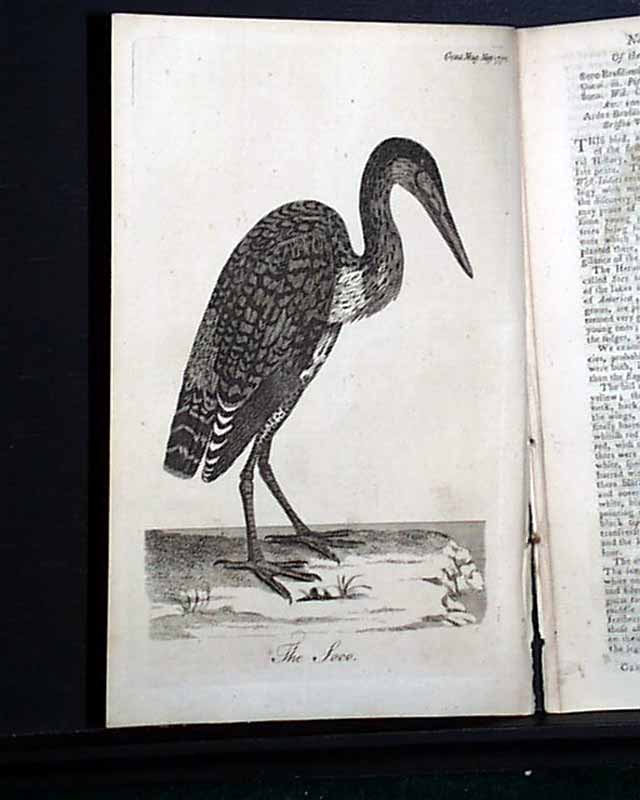 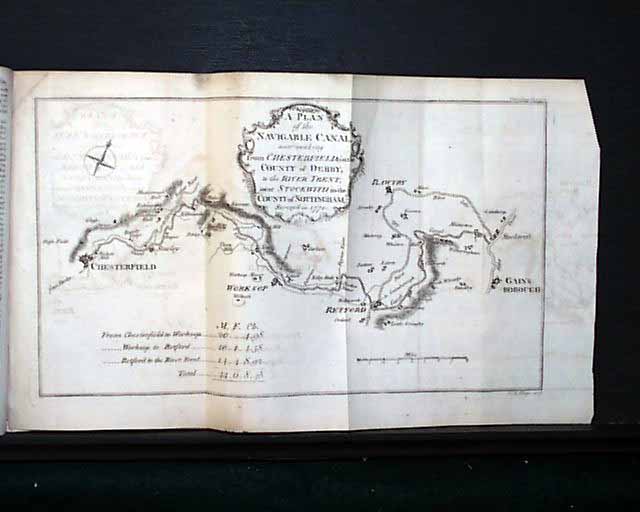 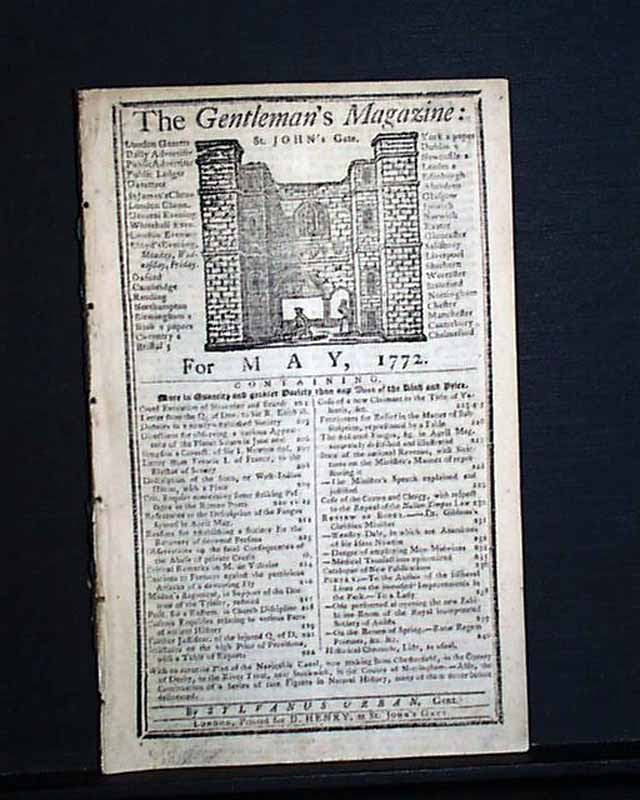