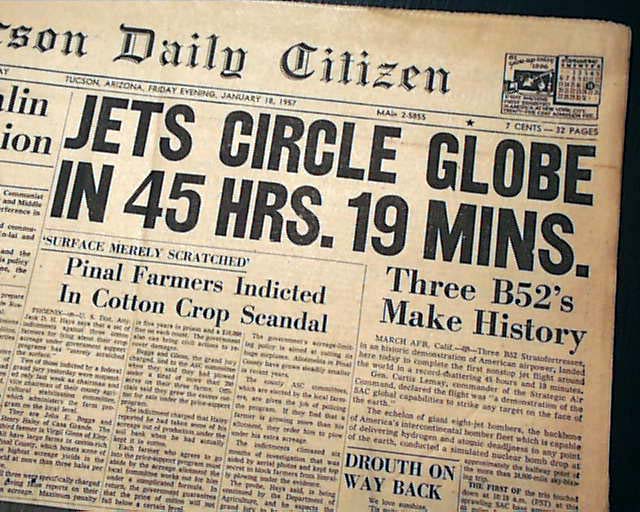 
wikipedia notes: Operation Power Flite was a United States Air Force mission in which three Boeing B-52 Stratofortresses became the first jet aircraft to circle the world nonstop, when they made the journey in January 1957 in 45 hours and 19 minutes, using in-flight refueling to stay aloft. The mission was intended to demonstrate that the United States had the ability to drop a hydrogen bomb anywhere in the world.