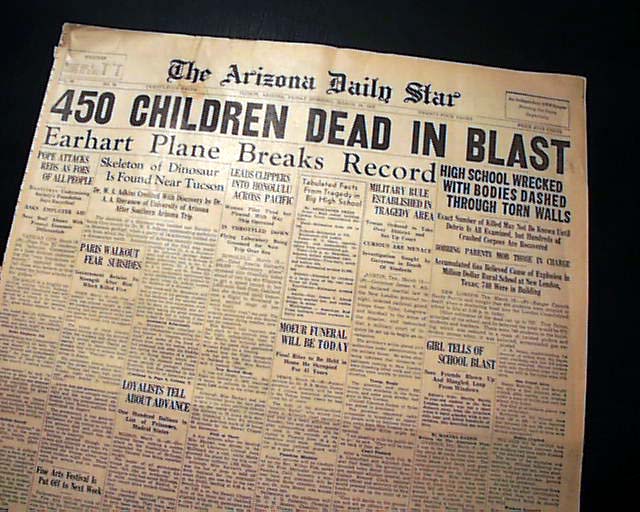 The front page has a six column heading: "Earhart Plane Breaks Record" with subheads and related map. (see) 1st report coverage on her first attempt to fly around the World which eventually lead to her famous disappearance a few months later in which she was never found.
Also a banner headline: "450 CHILDREN DEAD IN BLAST" with subheads. (see)
Other news, sports and advertisements of the day. Complete in 24 pages, a little margin, mainly along the spine, generally good.