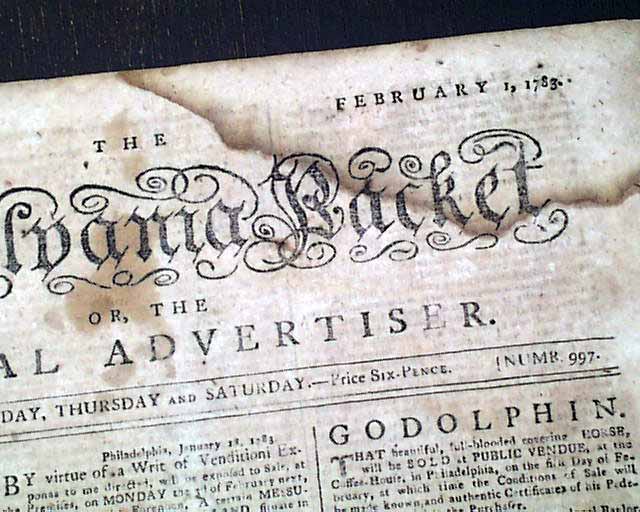 The front page is entirely taken up with ads including an: "Eight Dollars Reward" ad for "...a likely Negro Wench..." with details, and a "Ten Dollars Reward" for a runaway "...Negro Man named Adam...".
Page 2 has a small bit noting: "From the known principles of the premier, respecting the American contest...from the unhappy loyalists it may naturally be concluded that the colonial war will not yet be terminated."
The balance of the issue is taken up with other news of the day and more advertisements. Complete in 4 pages, ornate lettering in the masthead, some water staining near the top, even foxing throughout. 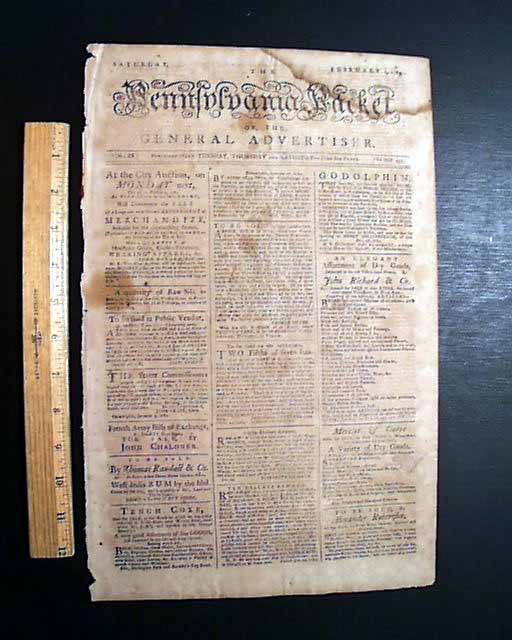 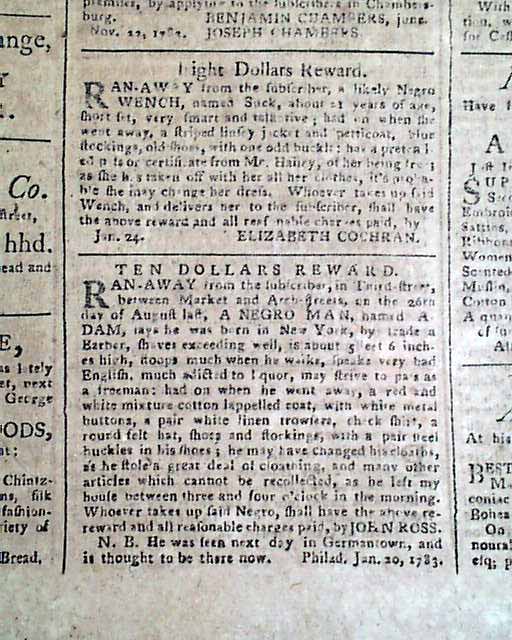 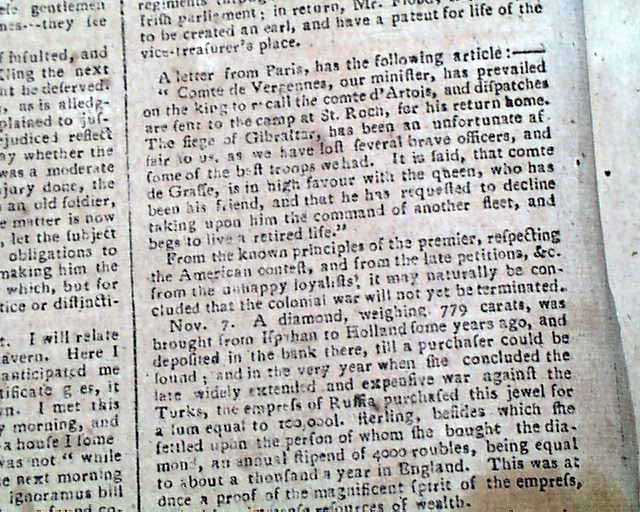 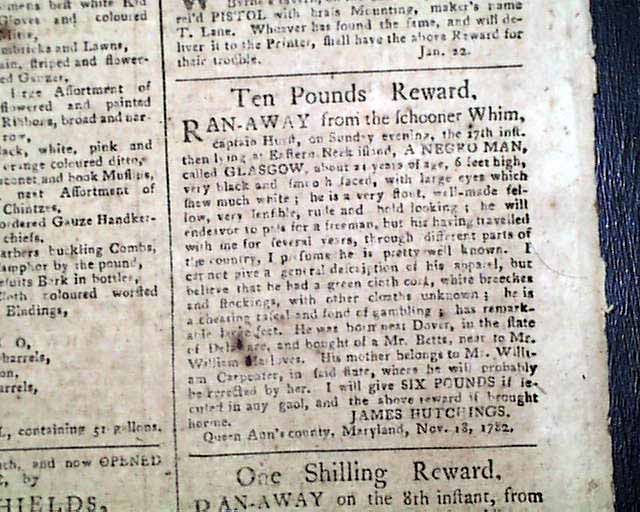