Home > Back to Search Results > Rudolph Hess in 1941...
Click image to enlarge 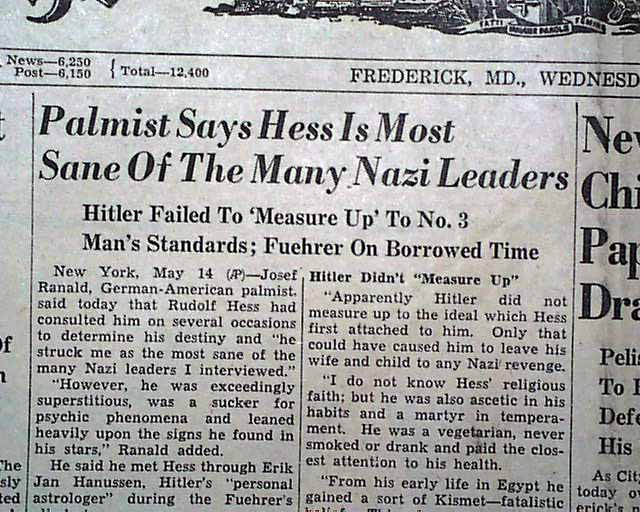 This 10 page newspaper has headers on the front page including "What Hess Says Will Make German High Command "Sweat"" "Nazis Say Peace Is Aim Of Hess" "Palmist Says Hess Is Most Sane Of The Many Nazi Leaders" "Hess Fussy About Food He Is Given" plus more. Other related headlines as well.
Other news of the day throughout. Lite browning and a little irregular at the spine, and a little fold wear, but otherwise in good condition.