Home > Back to Search Results > The tragic case of little Kathy Fiscus...
Click image to enlarge 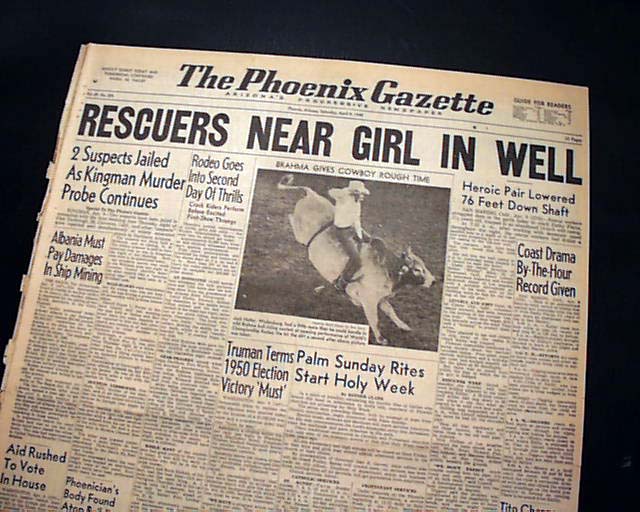 The front page has a banner headline that announces: "RESCUERS NEAR GIRL IN WELL" with subheads. (See)
Coverage on Kathy Fiscus, a three-year-old girl who died after falling into a well in San Marino, California. The attempted rescue, broadcast live on KTLA, was a landmark event in American television history (see hyperlink for more).
Complete in 22 pages, a little spine wear, generally nice.