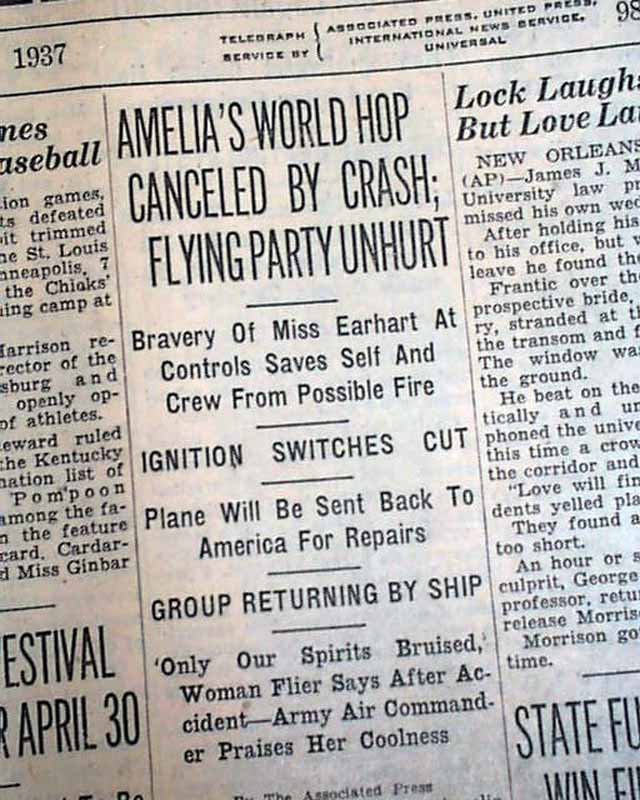 The front page has one column headings: "AMELIA'S WORLD HOP CANCELLED BY CRASH; FLYING PARTY UNHURT" "Bravery Of Miss Earhart At Controls Saves Self And Crew From Possible Fire" and more. (see) Text continues on page 6 with related photos. (see) 1st report coverage on Earhart crashing her airplane in Hawaii. This would end her 1st attempt to fly around the World. She would try again a few months later which lead to her famous disappearance in the Pacific.
Other news, sports and advertisements of the day. Complete in 50+ pages, minor margin wear, otherwise nice. 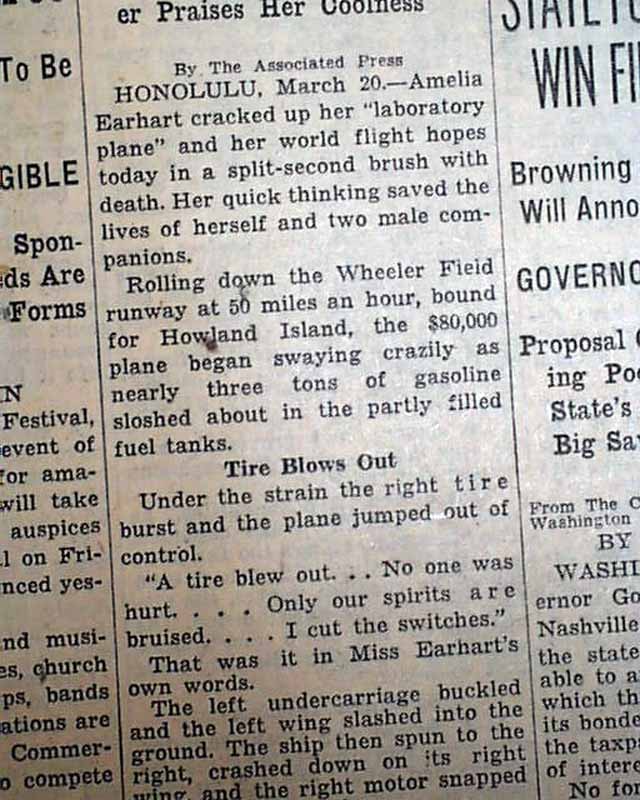 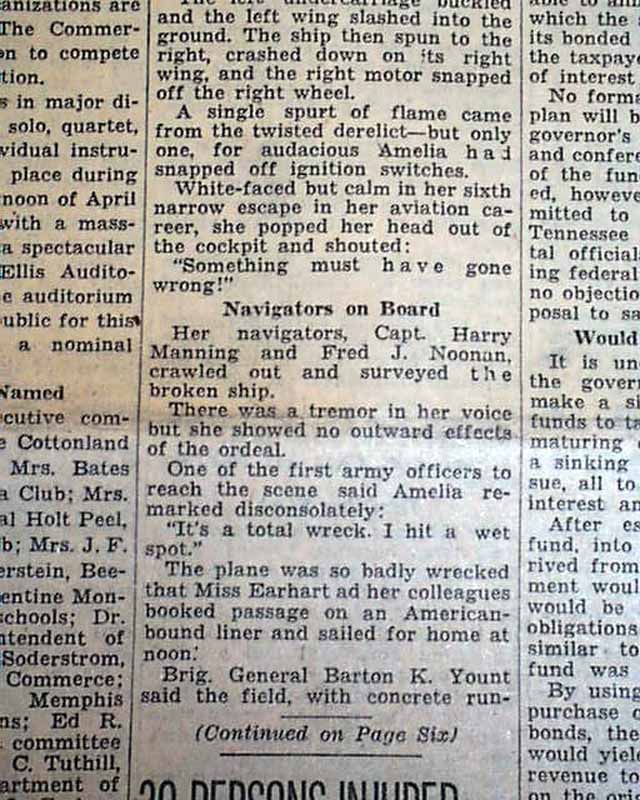 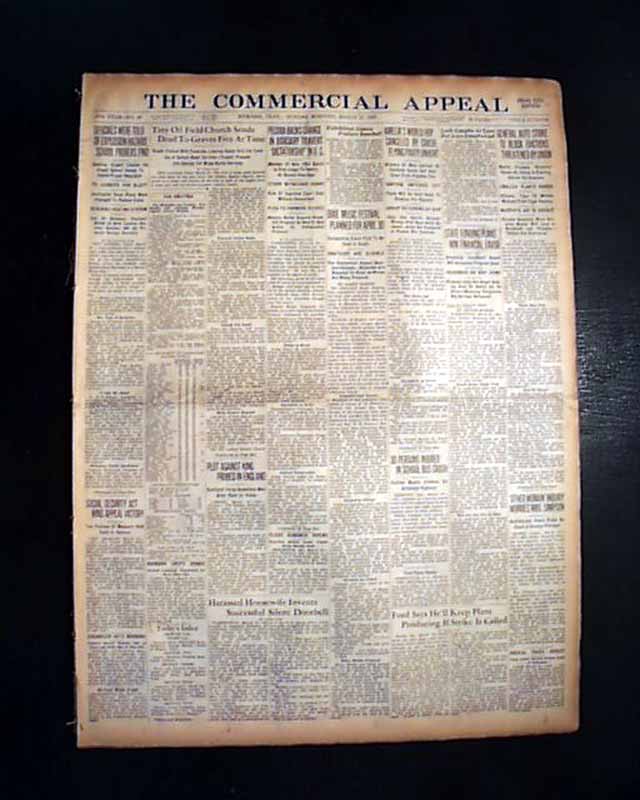 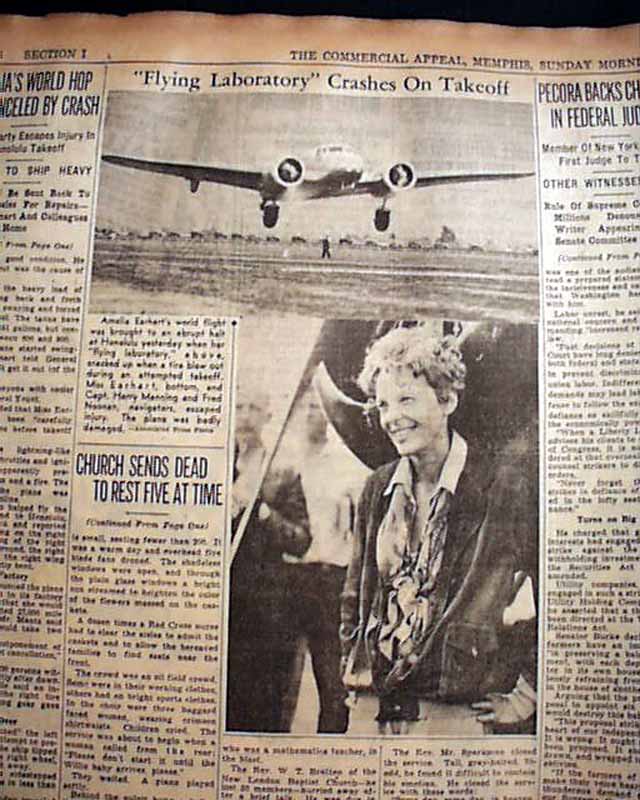 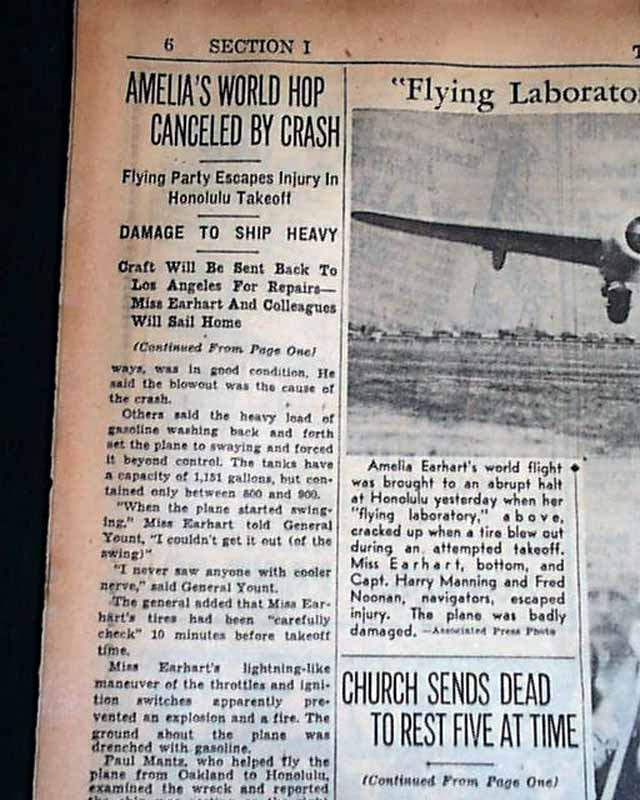