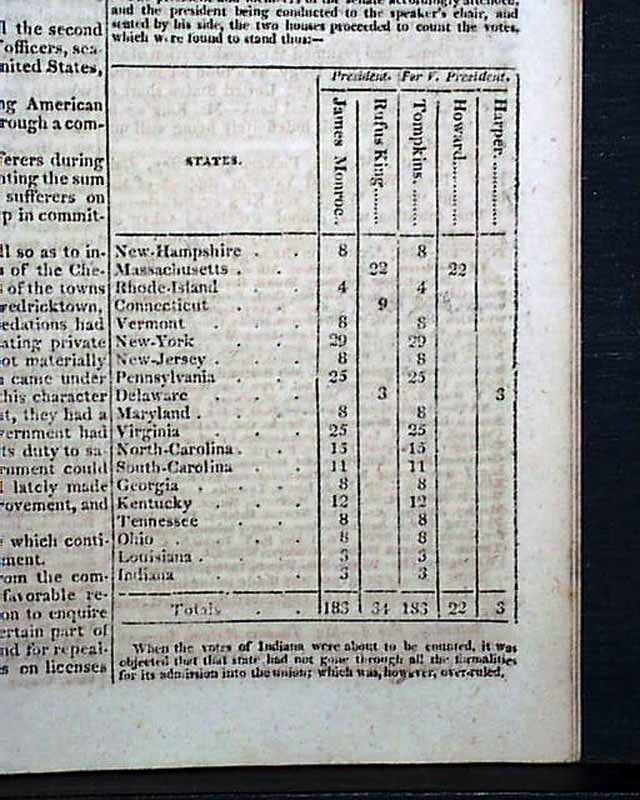 
NILES' WEEKLY REGISTER, Baltimore, Maryland, February 15, 1817  A lot of the news in this newspaper is government related. Featured in this issue is a chart showing that James Monroe is in the lead for President of the United States. Another report is of  the "Cleopatra's Barge".
This is complete in 16 pages, 6 1/4 x 9 1/2 inches, and is in nice condition.
This small size newspaper began in 1811 and was a prime source for national political news of the first half of the 19th century. As noted in Wikipedia: "Niles edited and published the Weekly Register until 1836, making it into one of the most widely-circulated magazines in the United States and himself into one of the most influential journalists of his day. Devoted primarily to politics, Niles' Weekly Register is considered an important source for the history of the period."