Home > Back to Search Results > 1st Selma to Montgomery march in 1965....
Click image to enlarge 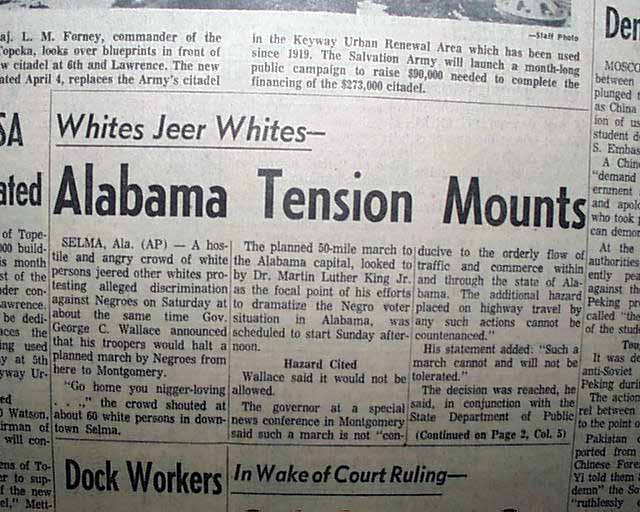 
TOPEKA SUNDAY CAPITAL-JOURNAL Topeka, Kansas, March 7, 1965  The front page has a three column-wide headline "Whites Jeer Whites - Alabama Tension Mounts". "A hostile and angry crowd of white persons jeered other whites protesting alleged discrimination against Negroes on Saturday at about the same time Gov. George C. Wallace announced that his toppers would halt a planned march by Negroes from her (Selma) to Montgomery... The planned 50-mile march to the Alabama capital, looked to by Dr. Martin Luther King Jr. as the focal point of his efforts to dramatize the Negro voter situation in Alabama, was scheduled to start Sunday afternoon...".  This would be the first attempt to hold the Selma-Montgomery march.
Other news, sports, and advertisements of the day are within.
This is complete in 58 pages with a couple binding holes along the left spine, otherwise is in very good condition. 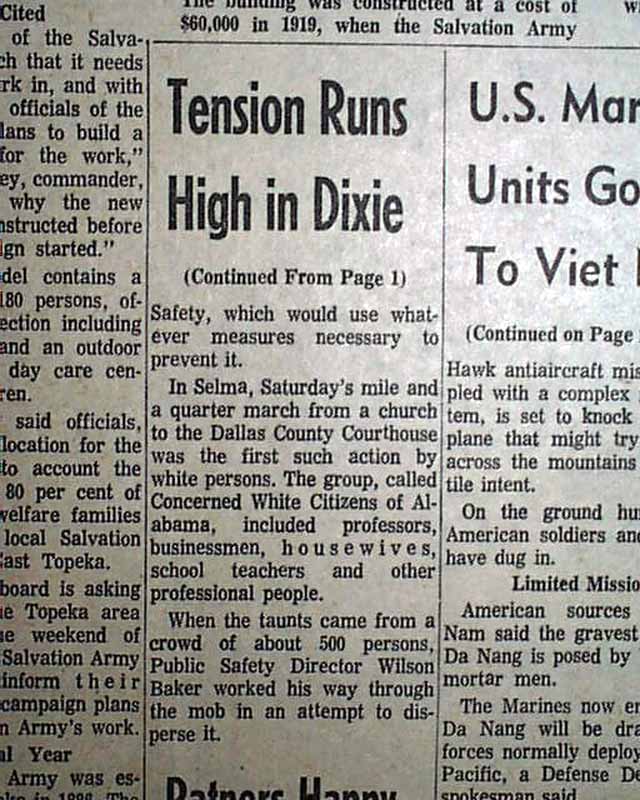 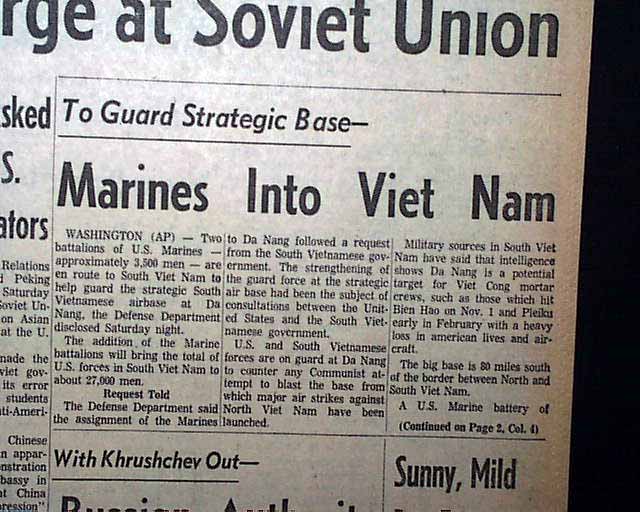 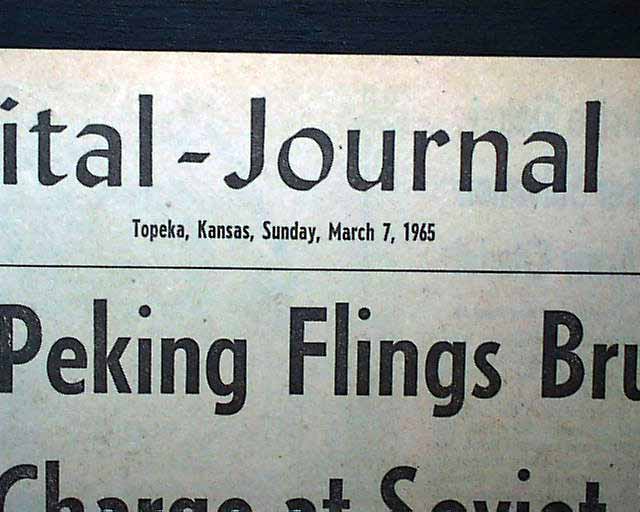 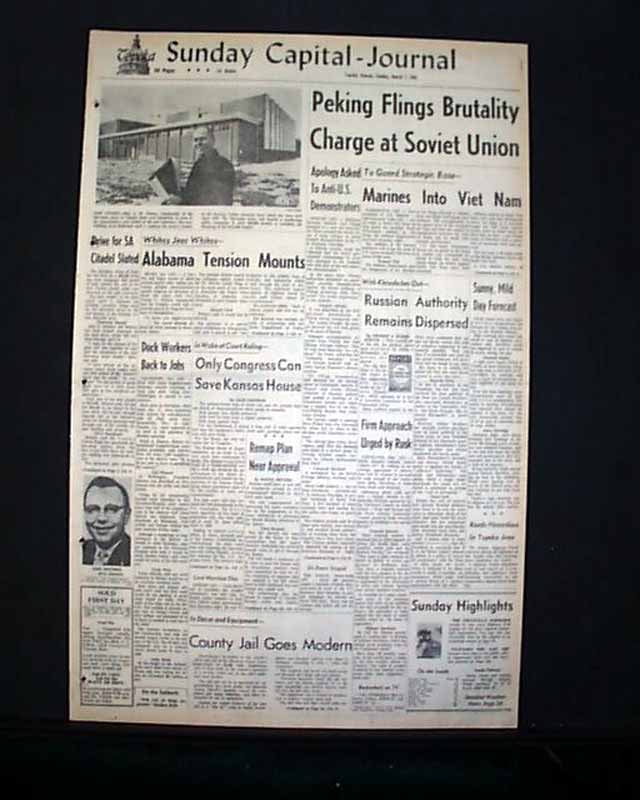