Home > Back to Search Results > Tarred and feathered & banished from town...
Click image to enlarge 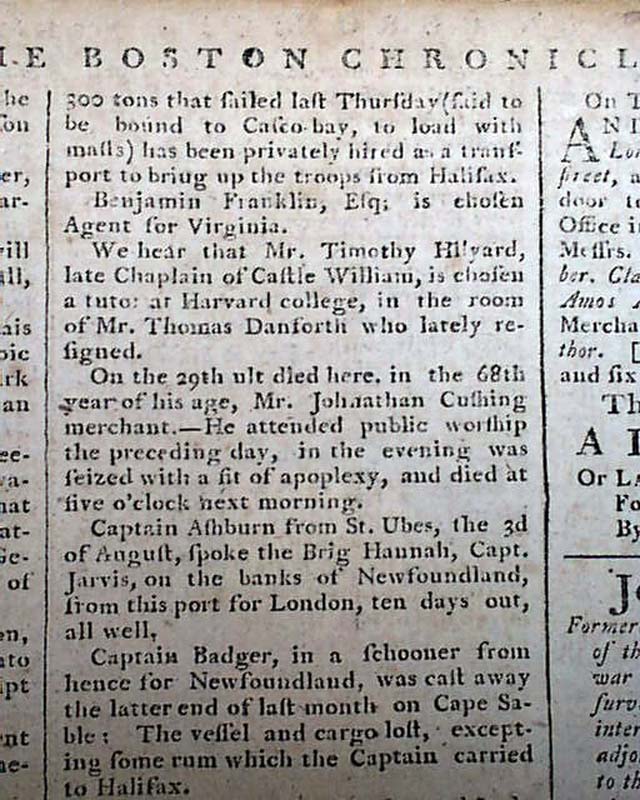 Tarred and feathered & banished from town...


THE BOSTON CHRONICLE, September 12, 1768  The publisher of this newspaper had Loyalist leanings, causing its demise before the formal outbreak of the Revolutionary War (see below). Much of the earlier pages are taken up with reports from Europe. Further to the back are American reports (see), with some reports from Michigan, and a note that: "Benjamin Franklin, Esq., is chosen Agent for Virginia". Also a report from Salem that: "...a vessel that arrived therewith molasses, the populace were so enraged that they stript him, then wrapped him in a tarred sheet, and rolled him in feathers; having done this they carried him about the streets in a cart & then banished him [from] the town for six weeks." (see).
The back page has an advertisement for the "Liberty Song" (see) considered one of the first patriotic songs in the colonies & written by John Dickinson.
Eight pages, 8 by 10 1/4 inches, various foxing, bit close-trimmed at the right margin but no text loss, good condition. 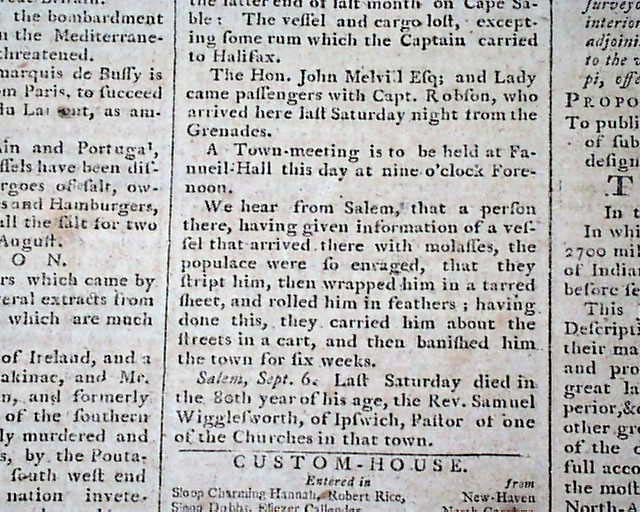 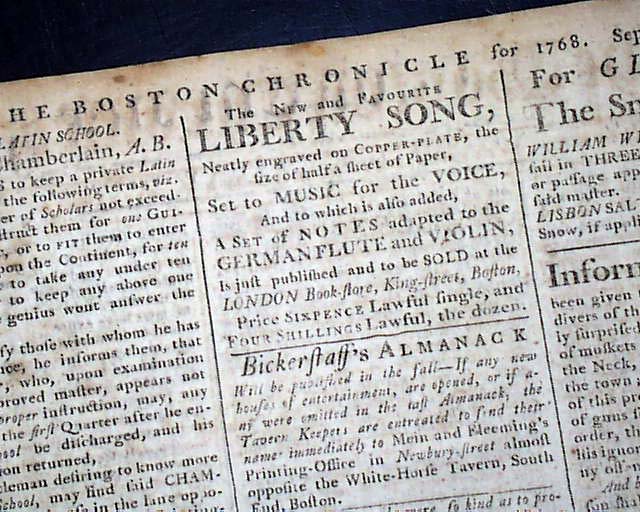 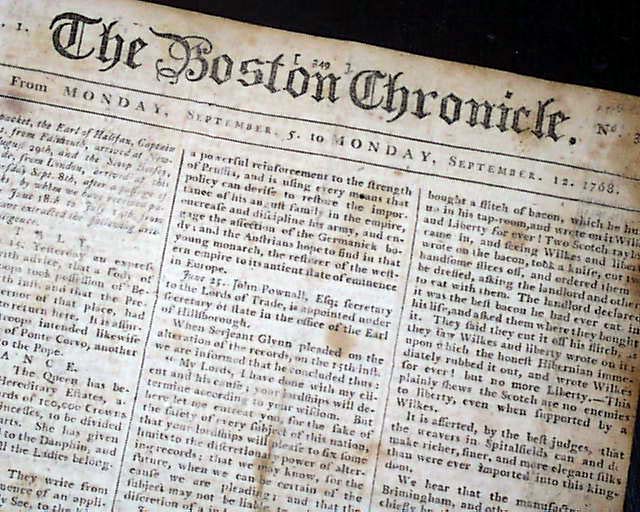 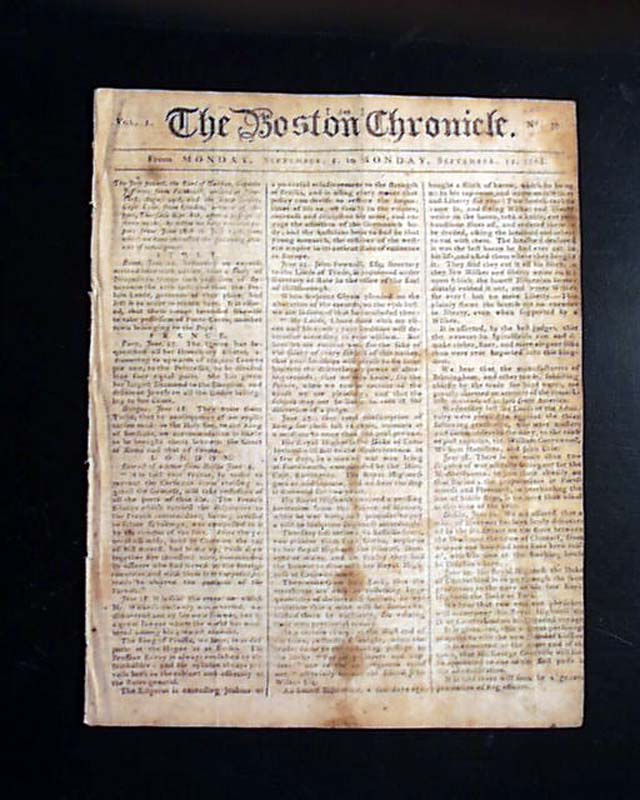