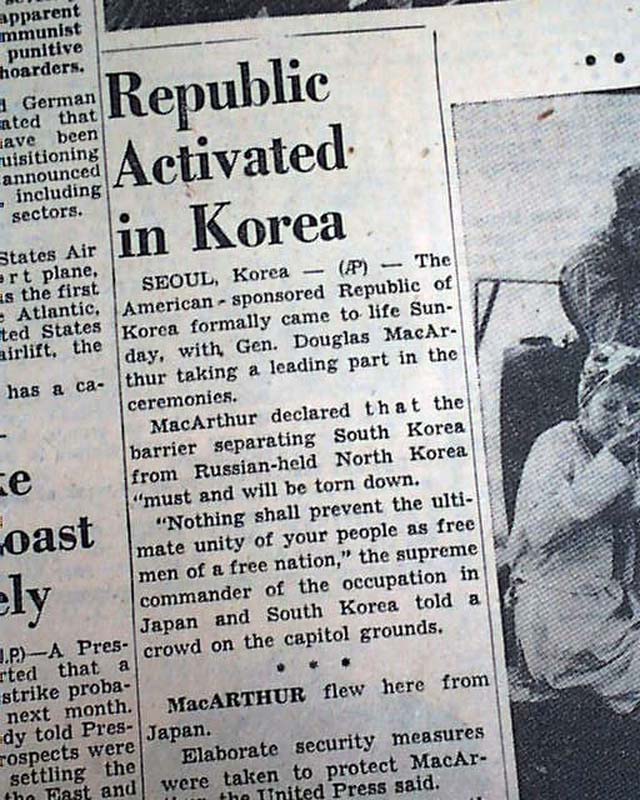 Page 6 has a one column heading: "Republic Activated in Korea" (see)

wikipedia notes: On August 15, 1948, the Republic of Korea was formally established, with Syngman Rhee as the first president. With the establishment of Rhee's government, de jure sovereignty also passed into the new government

The front page has a one column heading: "Babe Ruth's Condition Still Critical" He would die the next day.

Other news, sports and advertisements of the day throughout. Complete in a 50+ page Sunday edition, minor margin wear, generally nice.