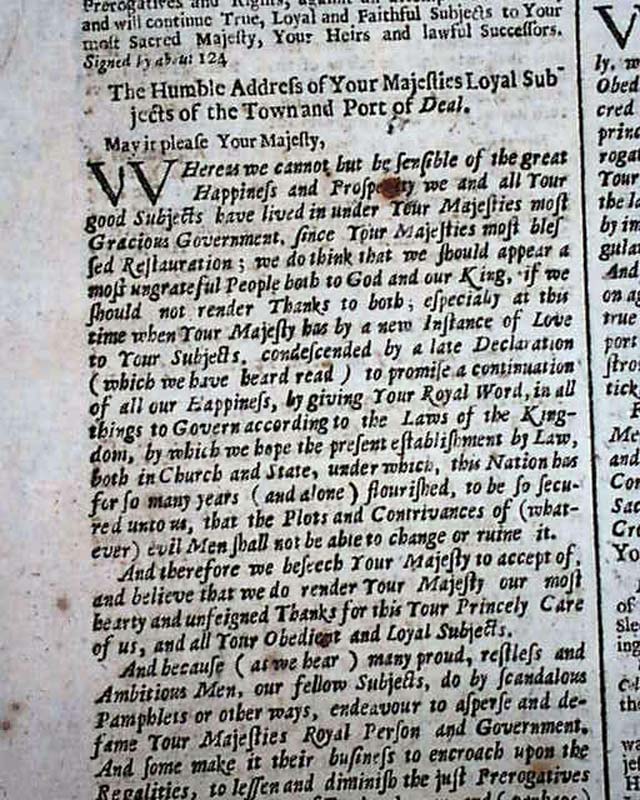 Both pages contains several letters in praise of the King, with several references to the Popish Plot, the made-up accusation that Catholic leaders had conspired to kill Charles II. A pg. 2 letter mentions: "...to change the monarchy into a Commonwealth, and again, to banish or extirpate the Royal family & bring us into bondage under the tyranny of an armed fanatical merciless multitude, whilst others of Popish principles see the death of your sacred Majesty to change our religion, to introduce idolatry and superstition...".
Pg. 2 also has mention that two men: "...were drawn upon two sledges to Tyborne and there hanged and quartered according to the sentence that had been past upon them."
Single sheet newspaper, 7 by 11 inches, close-trimmed at the bottom affects the last lines on both pages,  nice condition.