Home > Back to Search Results > Some naval affairs from the War of 1812...
Click image to enlarge 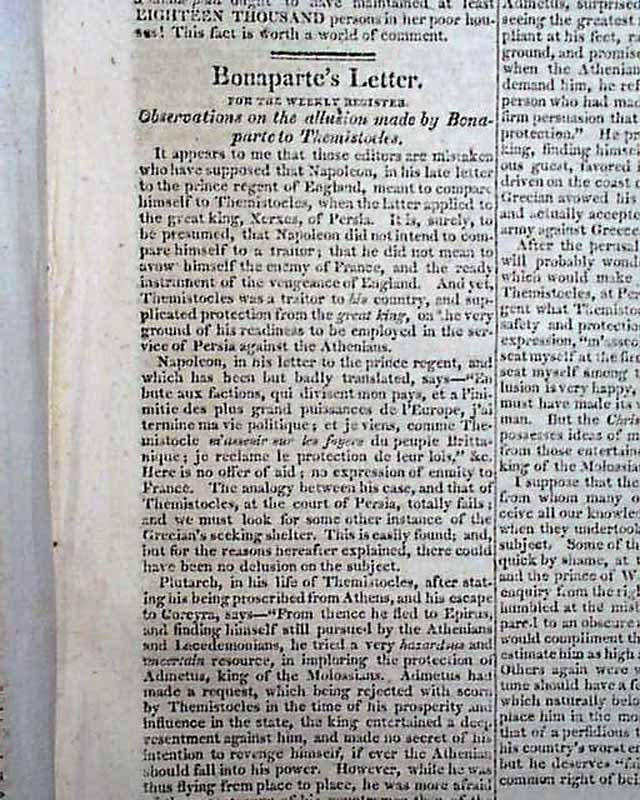 
NILES' WEEKLY REGISTER, Baltimore, Maryland, Oct. 28, 1815  Among the articles are: "The Barbary Powers; or, More of My Lord Sheffield" "Bonaparte's Letter" "Naval Affairs" which takes over 3 pages & includes a chart of the: "Estimated Annual Expence of the U.S. Navy's Yard at Norfolk" by position (see); near the back are 3 1/2 pages of: "War Events: Or Matters Belonging to the Late War" including a memorial to William Burrows, commander of the brig Enterprize.
Sixteen pages, 6 1/4 by 10 inches, very nice condition.