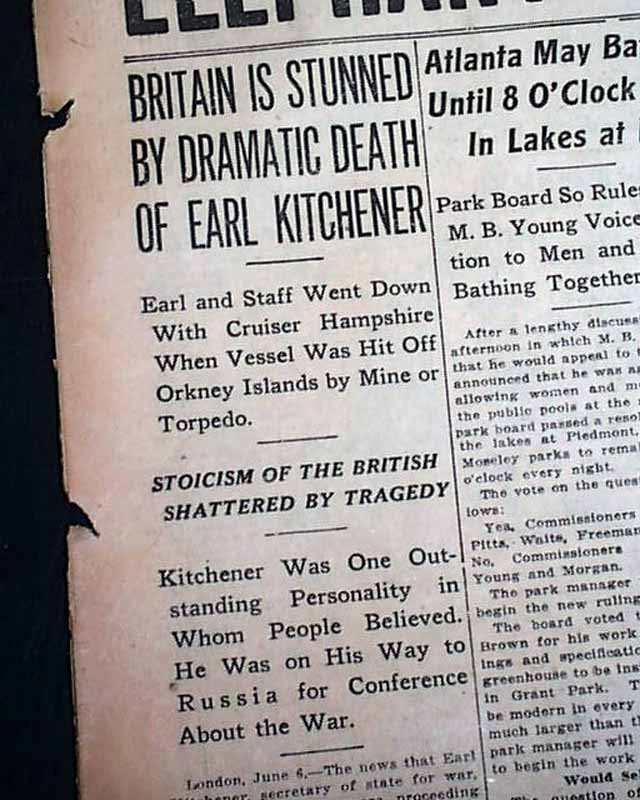 The front page one column headings that include: "BRITAIN IS STUNNED BY DRAMATIC DEATH OF EARL KITCHENER" "Earl and Staff Went Down With Cruiser Hampshire When Vessel Was Hit Off Orkney Islands by Mine or Torpedo" and more. (see) 1st report coverage on the sinking of the HMS Hampshire during World War I.
Other news, sports and advertisements of the day. Complete in 16 pages, light browning, minor margin wear, otherwise good. Should be handled with care.