Home > Back to Search Results > Germany as the guardian of Europe...
Click image to enlarge 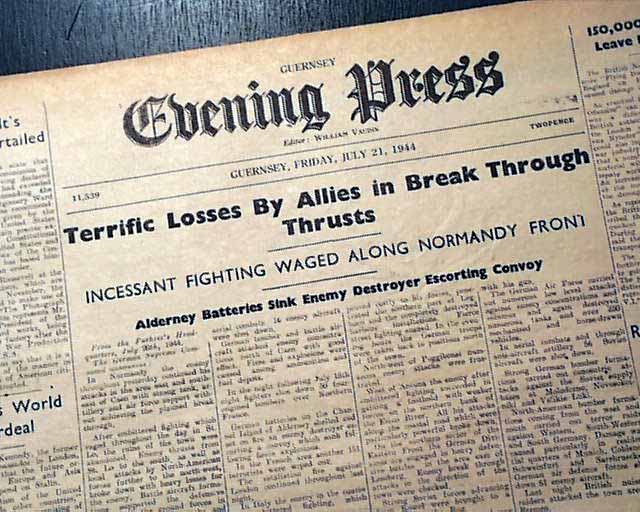 Germany as the guardian of Europe...

Among the front page heads are: "Terrific Losses By Allies in Break Through TDhrusts" "Incessant Fighting Waged Along Normandy Front" "Roosevelt's Powers Curtaied" "Germany's Role as Guardian of Europe" "Air War on Germany has Failed" and much more.
Four pages, small size, nice condition.
This newspaper was published on this island in the English Channel and was occupied by the Germans during almost all of WWII. During the Nazi occupation they took over this newspaper and filled it with pro-German propaganda, offering a unique insight into how the Axis reported the news during the war.