Home > Back to Search Results > Battle of Lost River, 1872...
Click image to enlarge 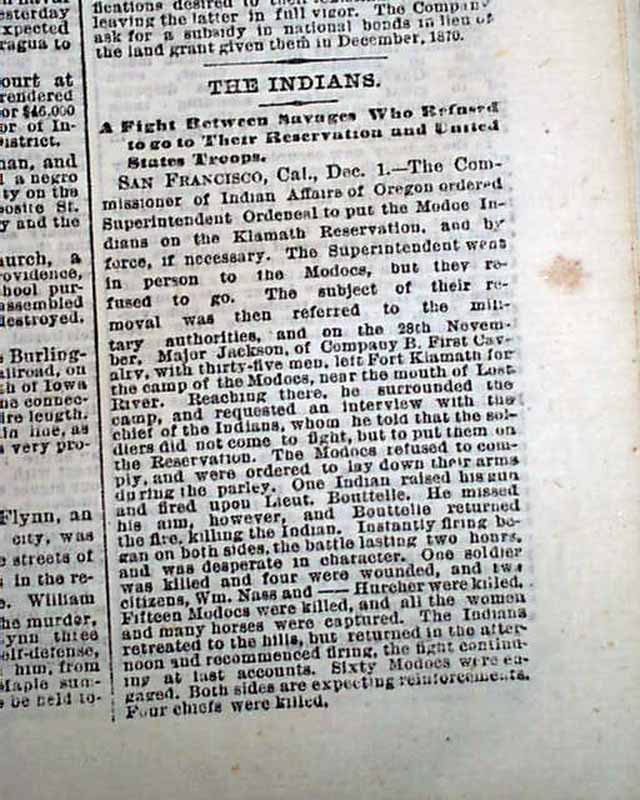 On the front page at the bottom of the last column is a report: "The Indians" "A Fight Between Savages Who Refused to go to Their Reservation and United States Troops" This was the first battle in the Modoc War.
Other news of the day. Complete in 12 pages, nice condition.