Home > Back to Search Results > Concerning the Shays' Rebellion...
Click image to enlarge 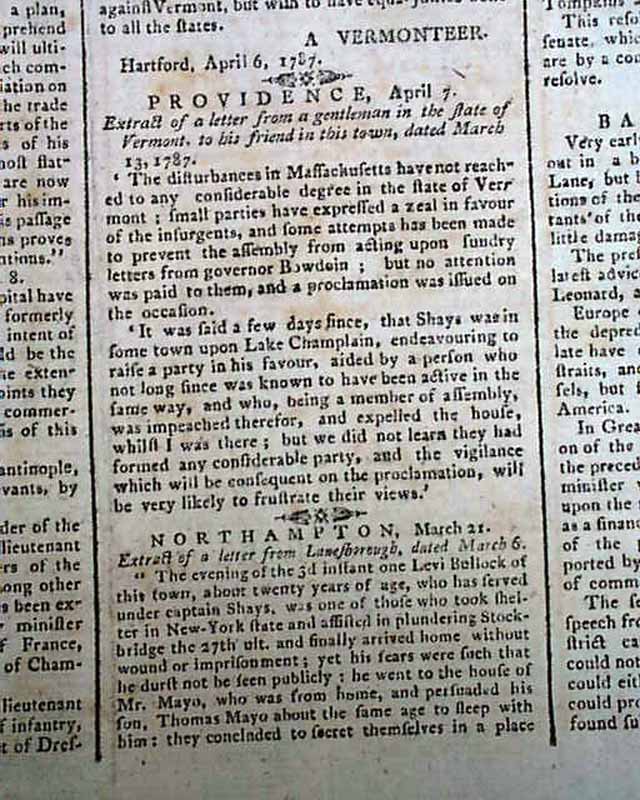 Page 2 has some reports concerning the Shays' Rebellion noting in part: "...in the state of Vermont, small parties have expressed a zeal in favour of the insurgents...that Shays was in some town upon Lake Champlain endeavouring to raise a party in his favour..." and also: "...one Levi Bullock of [Lanesborough]...who has served under captain Shays was one of those who took shelter in New York state &7 assisted in plundering Stockbridge..." (see)
Four pages, great condition.