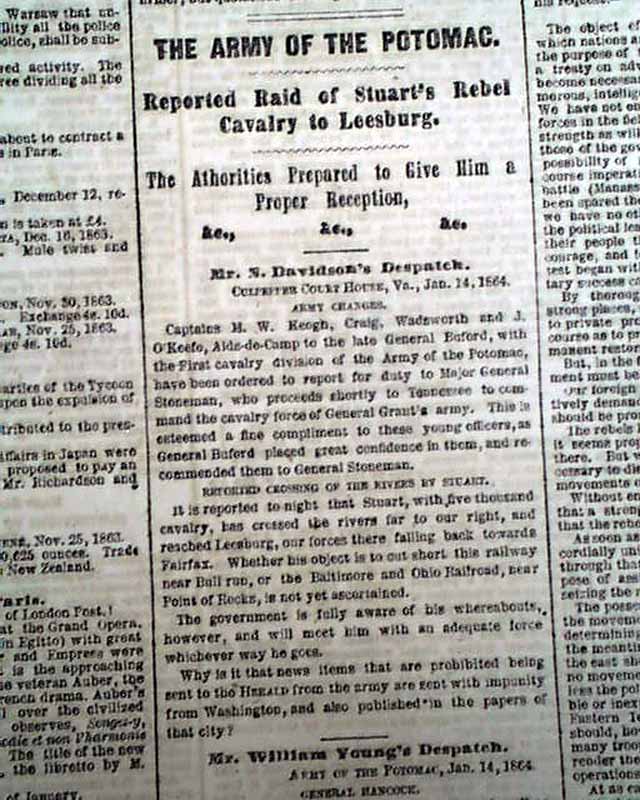 
NEW YORK HERALD, Jan. 15, 1864  Among the one column headlines on the Civil War are: "THE ARMY OF THE POTOMAC" "Reported Raid of Stuart's Rebel Cavalry to Leesburg" "M'CLELLANS REPORT" "Objects of War" "What His Plans Were as General-in-Chief" and more. (see)
Eight pages, some minor margin tears, nice condition.