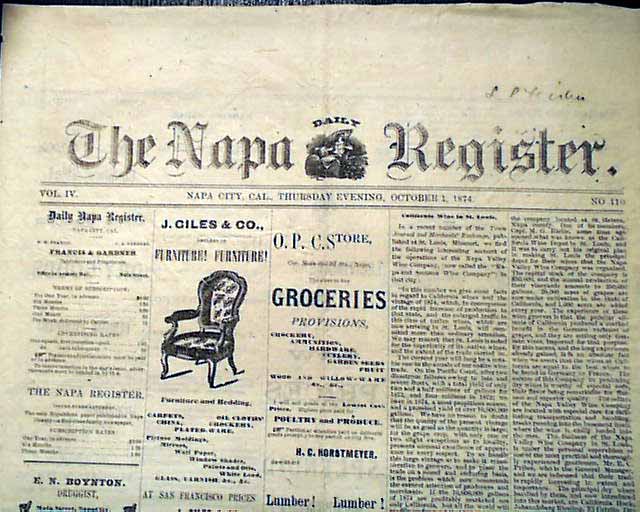 Item # 609204 THE NAPA REGISTER, Napa City, California, 1874  Although in the heart of the wine region, for which this city is famous today, its beginnings were centered more on the California Gold Rush of 1849. This city became a refuge for miners during the first severe winter of mining & later became an important center for lumber & cattle ranches.
Various news & ads of the day, 4 pages, never bound nor trimmed, nice condition.

Note: The images shown are only representative of the issue you will receive. The actual dates vary within 1874, and will have the same look and condition as to what is shown.