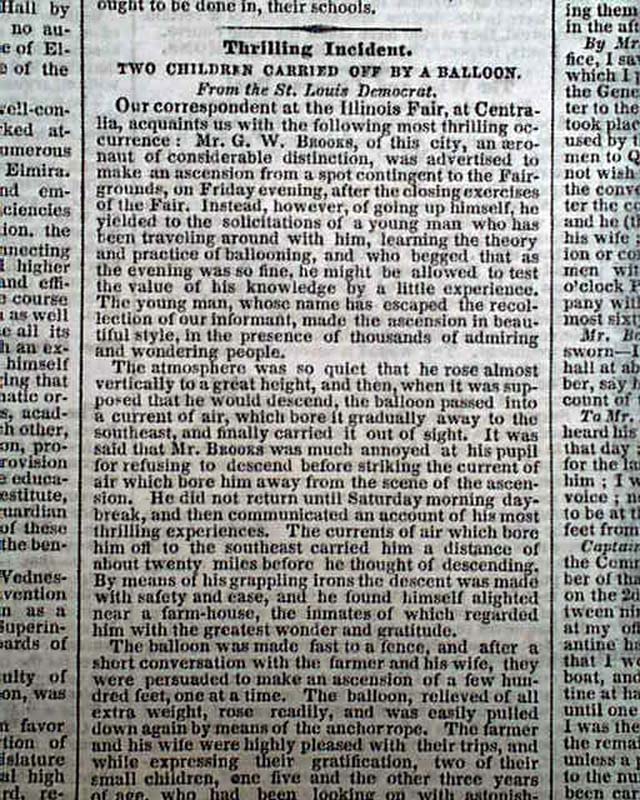 source: Lawrence S. Carleton: A heart-stopping incident occurred on Friday, September 17, 1858 in Centralia, Illinois.  Brooks was not well that day, so a less-experienced man named Wilson made the ascension.  After landing, Wilson left the balloon ropes in the hands of a group of men and boys. Thinking to have some fun with the tethered balloon, one man got into the basket and the ropes were loosened.  However, he was too heavy, so his two children were placed in the basket and the ropes again loosened.  With this lesser weight the balloon jerked free of the handlers, and the two children soared alone into the sky. Panic ensued.  Brooks hurried to the scene to assure the parents that the balloon would come down eventually of its own accord.  After a few hours, the resourceful eight-year-old girl noticed the small rope coming out of the neck of the balloon, tugged on it, and the balloon descended.  They landed safely in a tree next to a farmhouse about 3 a.m.