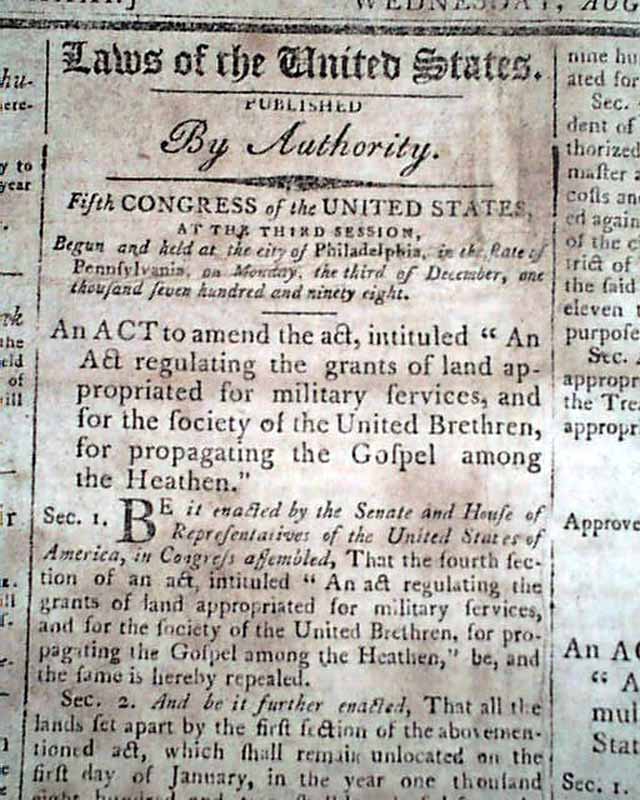 
COLUMBIAN CENTINEL, Boston, Aug. 21, 1799  Close to half of the front page it taken up with three Acts of Congress, each signed in script type by the President: John Adams (see). The first concerning: "...regulating the grants of land appropriated for military services, and for the society of the United Brethren for propagating the Gospel among the Heathen."
Four pages, never bound nor trimmed, minor foxing, generally nice condition.