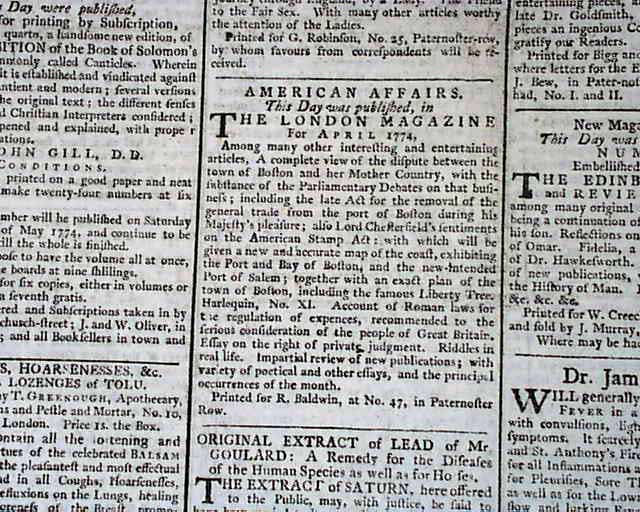 An inside page has a report from Moravia which notes: "...some days before Easter, a Jew persuaded a woman to come into his house under pretense of selling her a quantity of clothes; a few moments after she went in the neighbours were alarmed by her cries, which brought them to the Jew's house, who opened the door & let in every body that chose it, but he made his escape...woman found with 10 stabs of a knife in her body...citizens & peasants assembled & pillaged the houses of all the Jews...example was followed by the country people who have likewise pillaged the houses of all the Jews there..." (see photos for the complete text).
The bkpg. has an: "Extract of a Letter from St. Augustine in East Florida", and page 3 has an ad for the London Magazine headed: "American Affairs" with various particulars.
Complete in 8 pages, 8 1/2 by 11 inches, very nice, clean condition. 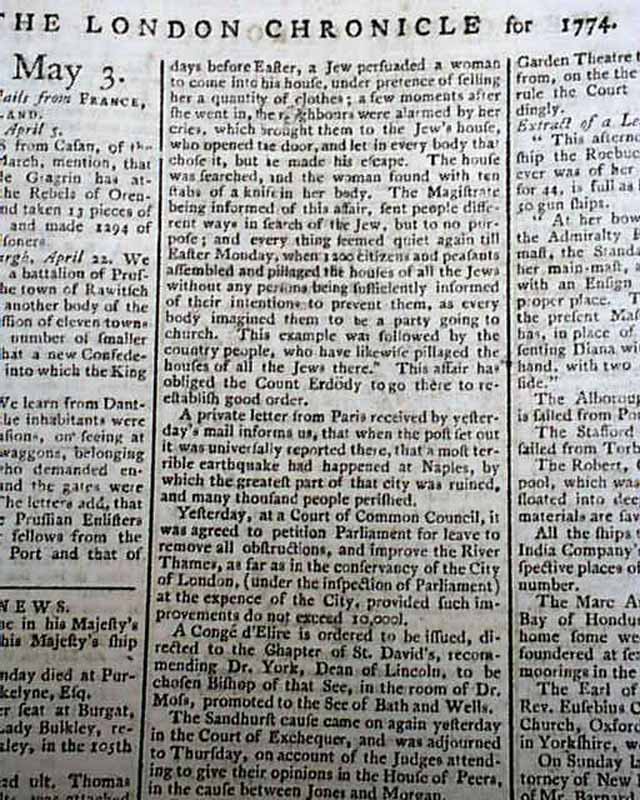 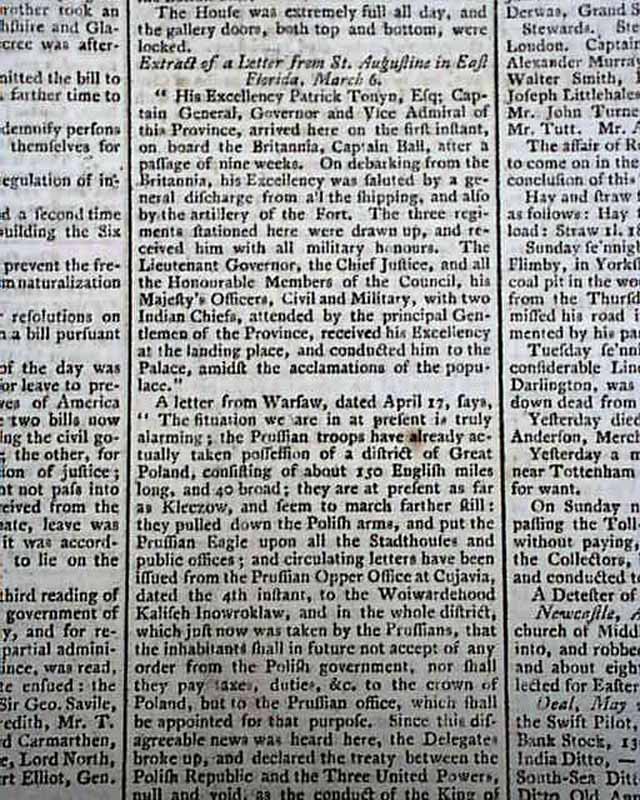 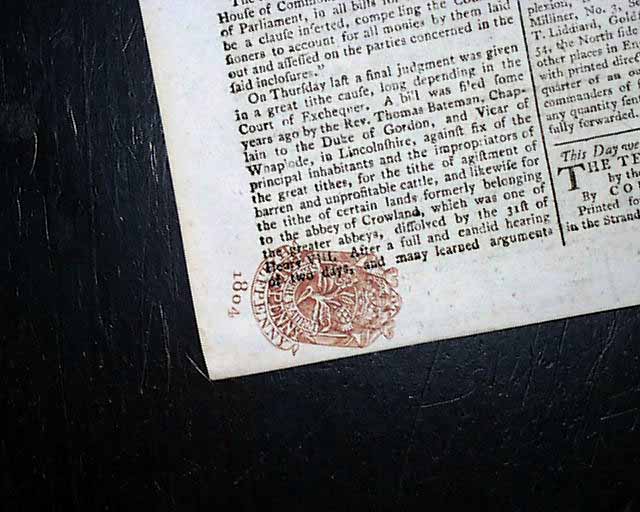 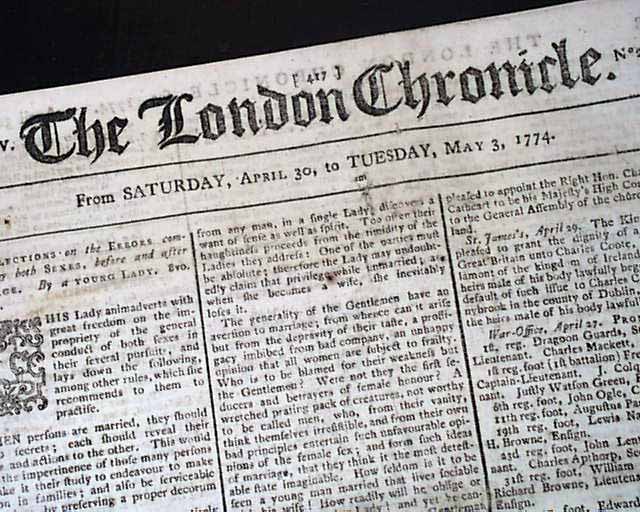 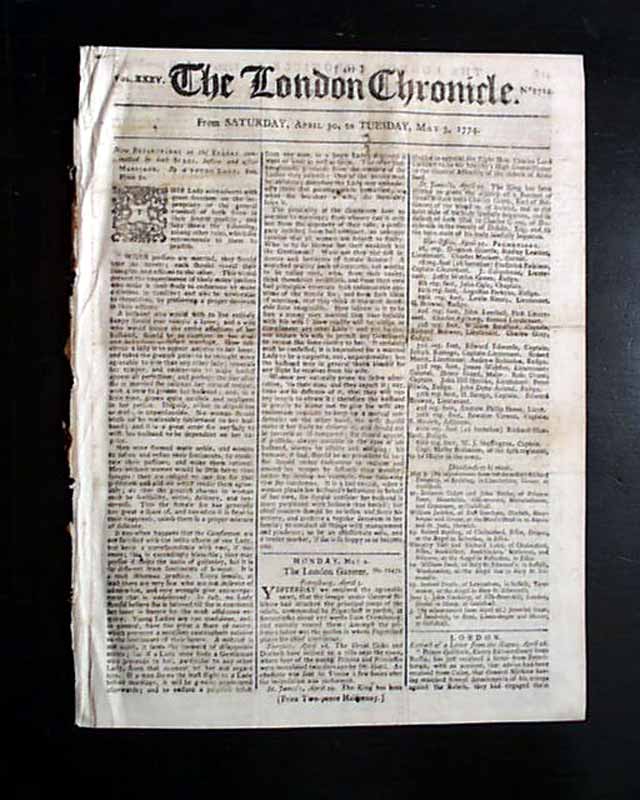