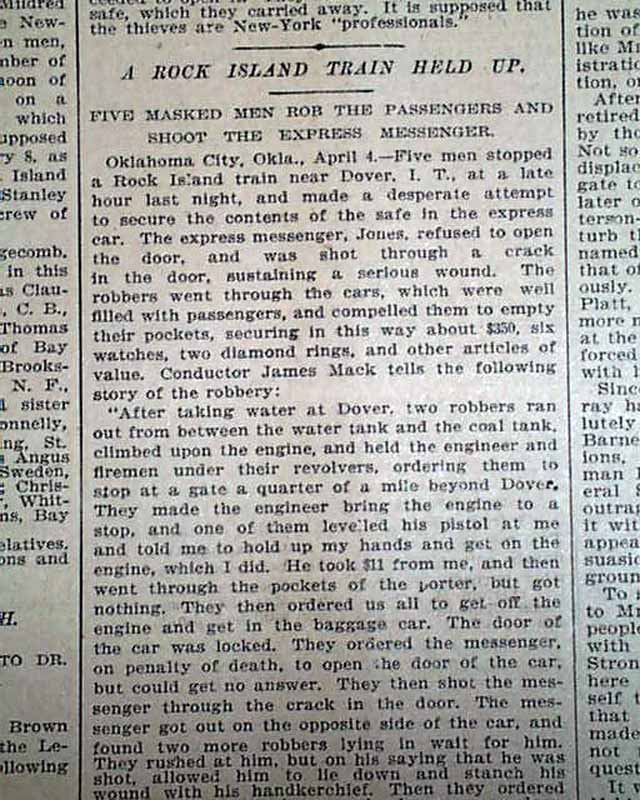 The front page has an article titled: "A Rock Island Train Held Up" "Five Masked Men Rob The Passengers And Shoot the Express Messenger". The article provides much detail on the robbery by "Tulsa Jack" and four others, all members of the notorious Bill Doolin gang. Bill Doolin was founder of the "Wild Bunch". See the hyperlinks for further information.
This report is just two days after the robbery and offers much detail, portions including: "Five men stopped a Rock Island train...express messenger...refused to open the door & was shot through a crack in the door...told me to hold up my hands...they could not, however, get the safe open so they abandoned the job & devoted themselves to the thoroughly terrified passengers. After getting all the passengers had they apologized with the remark that times were hard, and made their escape..." with more on the pursuit of them (see photos).
Complete in ten pages, light toning, minor margin wear, should be handled with care.