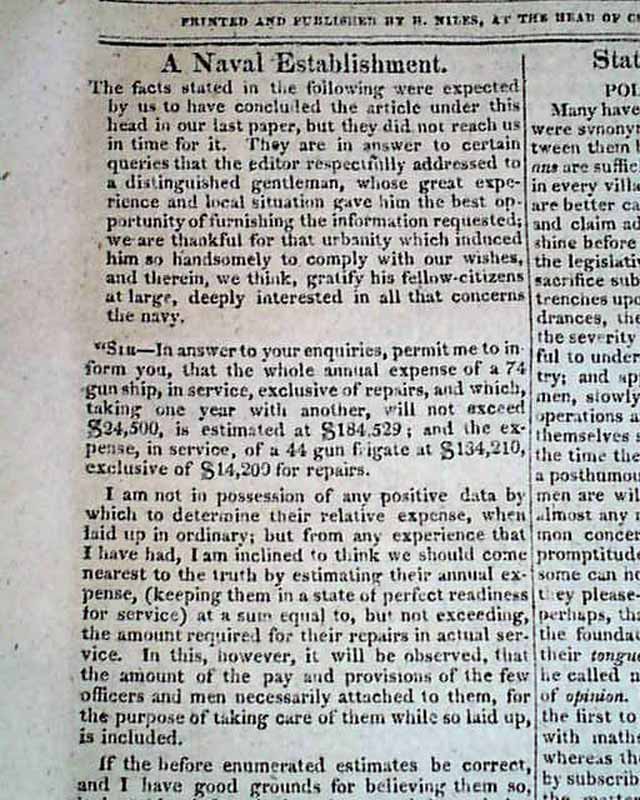 Half of the front page has: "A Naval Establishment". Inside includes: "Permanency of the American Union" and an: "Address" to the President from the mayor & city council of Baltimore, followed by the: "Answer of the President" to them, signed: James Monroe. This is concerning his visit to Baltimore.
Sixteen pages, 6 by 9 3/4 inches, nice condition.