Home > Back to Search Results > The resecue of tankers SS Pendleton and SS Fort Mercer...
Click image to enlarge 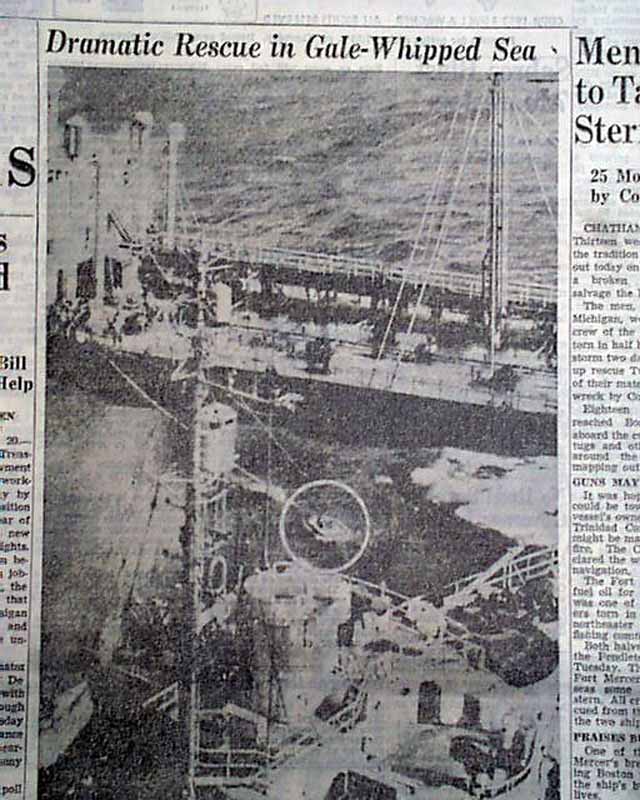 The resecue of tankers SS Pendleton and SS Fort Mercer...


THE DETROIT NEWS, Detroit, Michigan, February 20, 1952  The banner headline of this issue reads "Hope to Salvage Derelict - 13 On Ship Shun Rescue" with subhead "Men Stick to Tanker's Stern Half" "25 More Saved by Cost Guard", which is referencing the rescuing of the men from the tankers SS Pendleton and SS Fort Mercer. Both of these tankers split in two during a storm at sea. Included on the front page is a large photo showing a dramatic rescue by the Coast Guard.
Other news, sports and advertisements of the day are within.
This is complete in 64 pages with several binding holes along the left spine which does affect some text not related to the main article, otherwise is in good condition. Rag edition.