Home > Back to Search Results > On the "mitigation of slavery"... Exploring the West...
Click image to enlarge 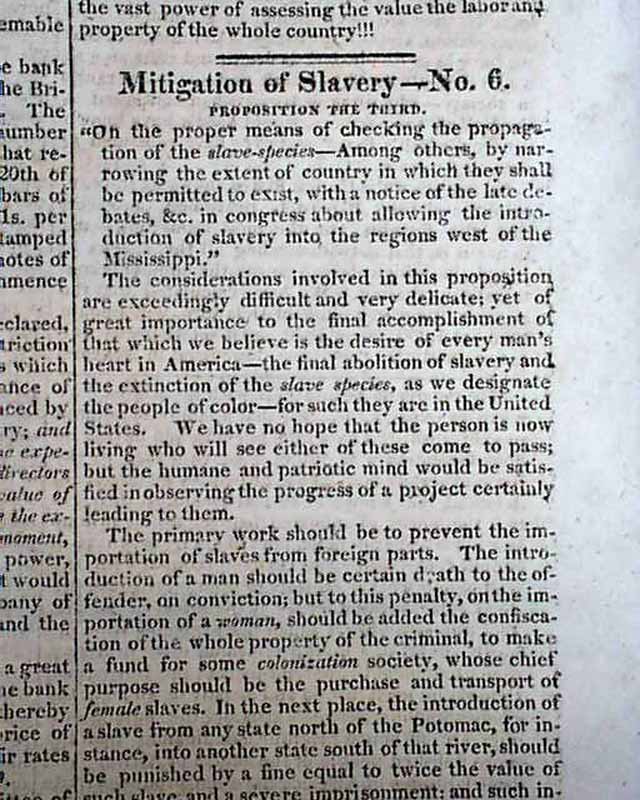 On the "mitigation of slavery"... Exploring the West...

* On the reduction of slavery
* Western exploration

Over 1 1/2 pages are taken up with installment number 5 of the: "Mitigation of Slavery", this one introducing 'Proposition the Third" which is: "On the proper means of checking the propagation of the slave species--Among others, by narrowing the extent of country in which they shall be permitted to exist, with a notice of the late debates, etc. in congress about allowing the introduction of slavery into the regions west of the Mississippi." (see for beginning)
Most of a page is taken up with: "Progress Westward" which is an early report on the lands to the west, including navigation of many western rivers (see). Also a brief article on: "Slavery in Ohio"
Sixteen pages, 6 by 9 3/4 inches, very nice condition.