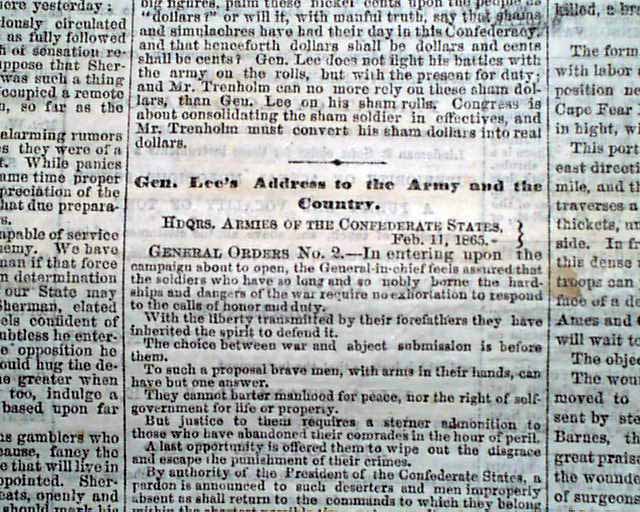 
NEW YORK TRIBUNE, Feb. 17, 1865  Among the front page one column heads on the Civil War are: "FROM SHERMAN'S ARMY" "Rapid Progress Of His Troops" "They Are Nearly Up to North Carolina" "Charleston Entirely Isolated" "Gen. Lee's Address to the Army & the Country" is signed by him in type: R. E. Lee, General, as is the following "General Order No. 3" headed: "The Discipleship of Lee's Army Greatly Impaired" (see).
Eight pages, small address label in the masthead, very nice.