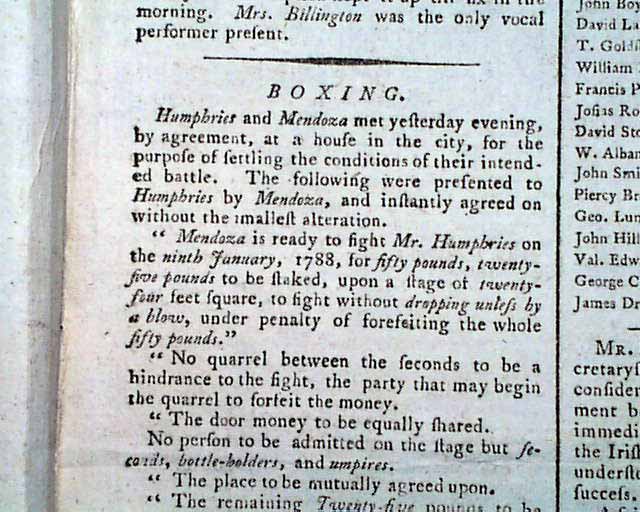 Page 3 has a nice report on Jewish boxer Daniel Mendoza. The report is headed: "Boxing" and begins: "Humphries and Mendoza met yesterday evening, by agreement...for the purpose of settling the conditions of their intended battle..." and what follows are the various details of their fight (see).
Mendoza was a famous Jewish boxer who transformed the English stereotype of a Jew from a weak, defenseless person into someone deserving of respect. He is said to have been the first Jew to talk to the King, George III. He was the British boxing champion from 1792-1795.
Four pages, red tax stamp on the front page, very nice condition.