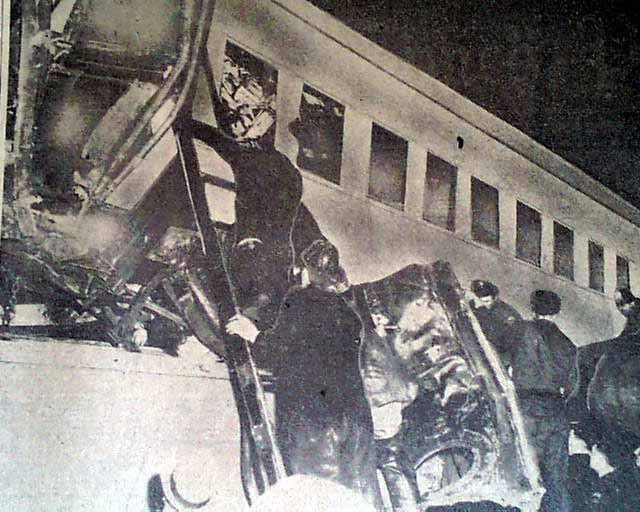 The front page has a three column headline: "LONG ISLAND TRAINS CRASH; 75 ARE DEAD" with subheads and related photo (see photos).
Other news, sports and advertisements of the day throughout. Complete in 56 pages, minor margin wear, otherwise nice.

wikipedia notes: The Kew Gardens station has the unfortunate distinction of being the site of the worst accident in Long Island Rail Road history, as well as the worst in New York State History. On November 22, 1950, a collision between two Long Island Rail Road commuter trains killed 79 people and injured hundreds.[1][2] This occurred nine months after a collision at Rockville Centre (LIRR station) on February 17, 1950 that resulted in the deaths of 32 people, and serious injury of 158 people. A far more notorious historical aspect is the 1964 murder of Kitty Genovese, which occurred near this station.