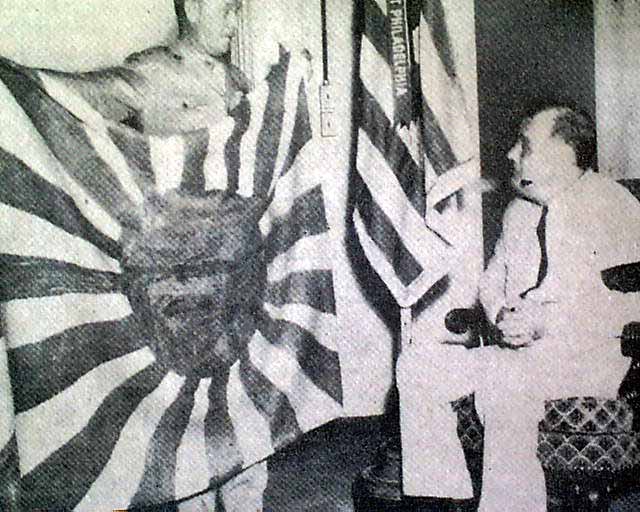 The front page has a three column photo with heading: "Untouchable: Japanese War Trophy At White House" and one column headlines: "PRESIDENT REJECTS JAPANESE GIFT FLAG" "He Refuses to Touch Tattered Cloth Which His Son James Helped to Capture"

This issue contains other news, sports and advertisements of the day with much on World War II. It is complete in 42 pages, and is in nice condition.