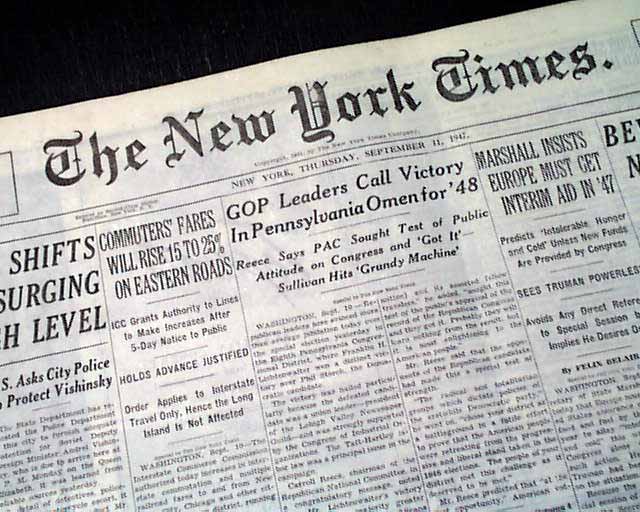 This 56 page newspaper has a small one column heading on page 5: "Stabilizer Balked Midway V-2 Test"

wikipedia notes: A highlight of East Coast and Caribbean training was Operation Sandy in September 1947, in which she test fired a captured German V-2 rocket from her flight deck, the first such launching from a moving platform.

See photos for text here. It contains other news, sports and advertisements of the day throughout. This rag edition in very  nice condition.