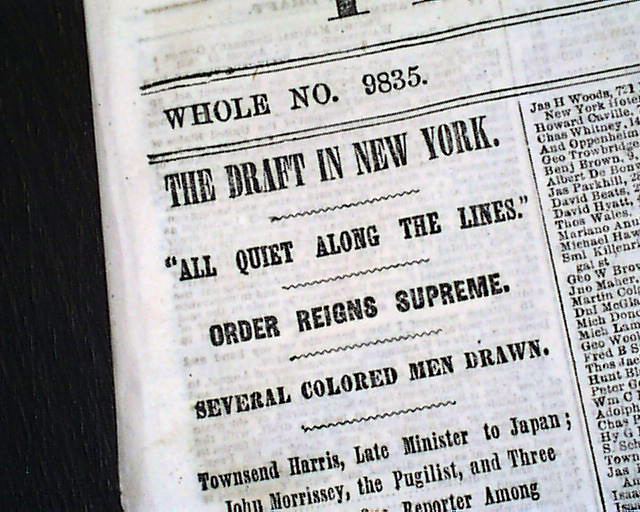 This Genuine newspaper has a Wealth of Civil War reporting from during Abraham Lincoln's administration. Among the one column headlines on the Civil War are: "THE DRAFT IN NEW YORK", "'All Quiet Along The Lines'", "ORDER REIGNS SUPREME", "SEVERAL COLORED MEN DRAWN", "NEWS FROM THE SOUTHWEST", "Arrival of Sick Soldiers from Vicksburg", "The Siege Of Charleston" and more.