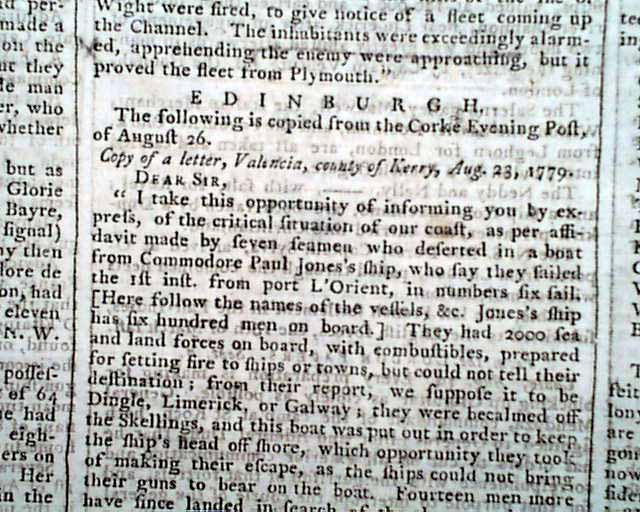 Page 3 has a letter which includes: "...of the critical situation of our coast, as per affidavit made by 7 seamen who deserted in a boat from Commodore Paul Jones's ship...they had 2000 sea and land forces on board, with combustibles, prepared for setting fire to ships or towns but could not tell their destination...we suppose it to be Dingle, Limerick, or Galway..." with more detail (see). This is followed by: "...I acquainted you of the first appearance of Paul Jones's squadron of enemy's ships off the Skellings on the coast of Kerry..." with a bit more (see). Rare to find mention of John Paul Jones before his history-making naval encounter with the Serapis.
Four pages, folio size, period notations in ads & their margins, very nice condition.