Home > Back to Search Results > On Andrew Jackson as the next President...
Click image to enlarge 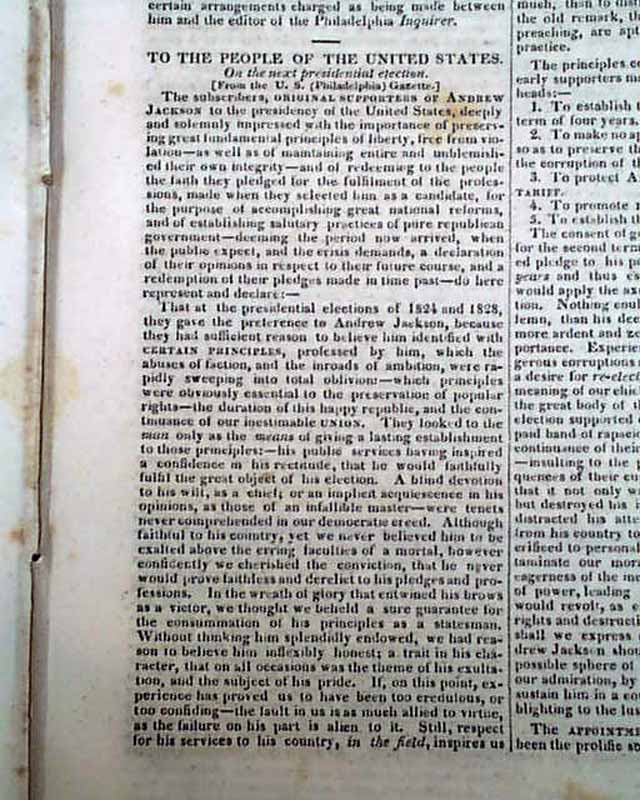 On Andrew Jackson as the next President...


NILES' WEEKLY REGISTER, Baltimore, July 30, 1831  Inside has: "To the People of the United States--On the Next Presidential Election" which reports on Andrew Jackson as a candidate (see).
Complete in 20 pages, 6 by 9 1/2 inches, nice condition.