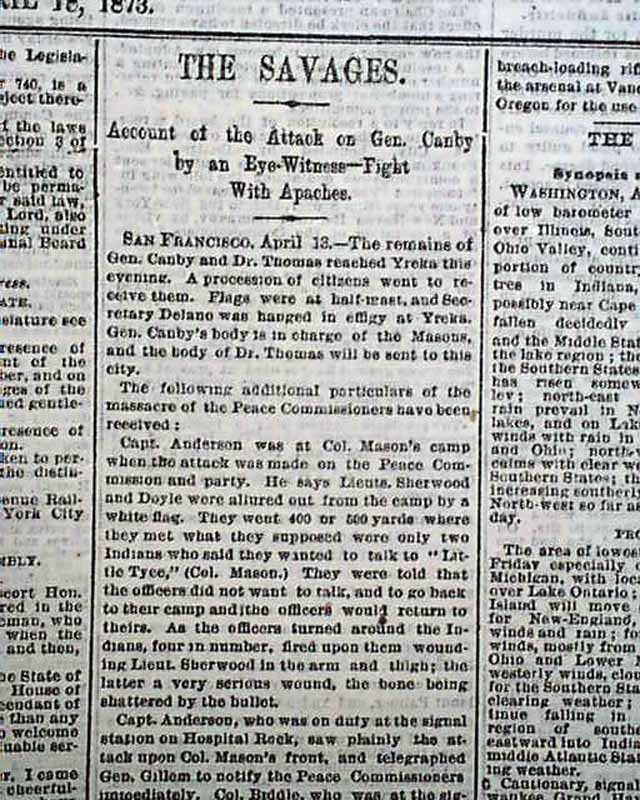 The front page has: "THE SAVAGES" and "Account of the Attack on Gen. Canby by an Eye-Witness - Fight With Apaches".
Also on the front page is "The Kentucky KuKlux" and "The Assassins Met by a Brave Old Man with Their Own Weapons - One of Them Killed and Three Wounded".
Page 5 has "Washington", "The Transportation Committee Cutting Out Their Work -- Another Mormon Hegira -- The Latest Swindle". Under the "The Mormons", a private letter was received at the State Department stating "...that the movement of the Mormons toward Arizona is, in fact, preliminary to an exodus of Brigham Young and his followers from the United States... it is believed the ultimate destination is Sonora... and protection in that country."
Other news and advertisements of the day throughout. Complete in 8 pages and in nice condition.