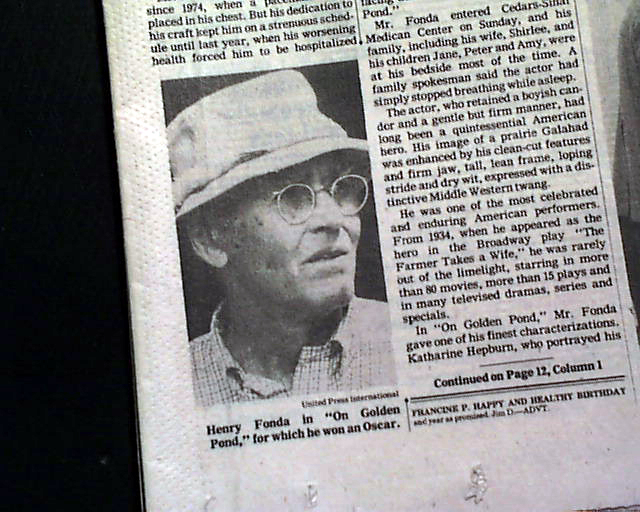 Near the bottom of the front page is a two column headline that reads: "Henry Fonda Dies on Coast at 77; Played 100 Stage and Screen Roles". with photo of Fonda. Much more on page 12. 1st report coverage on the death of famed Hollywood actor, Henry Fonda. Nice to have in this famous NYC title.

Other news, sports and advertisements of the day throughout. Complete in 40 pages, minor margin wear, otherwise nice.