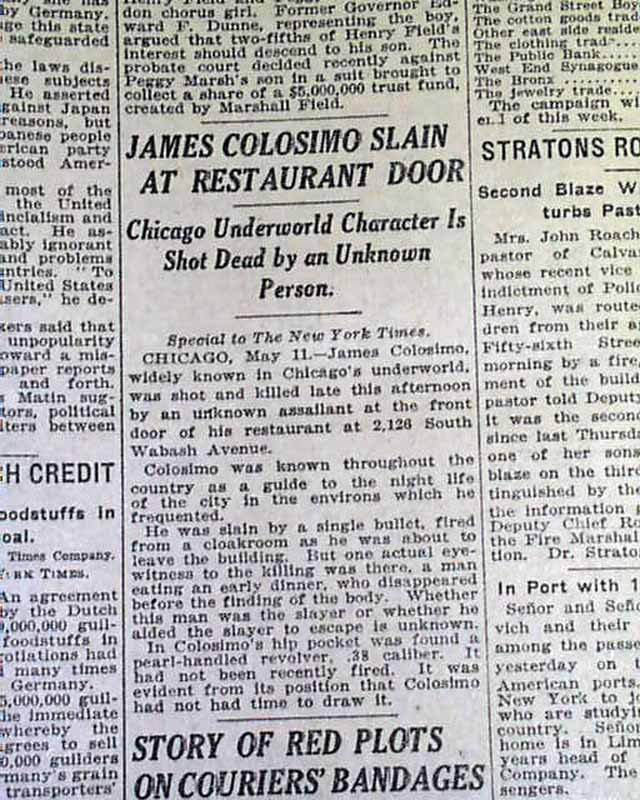 Page 2 has an article: "James Colosimo Slain At Restaurant Door" "Chicago Underworld Character Is Shot Dead by an Unknown Person" with various details.

This was James "Big Jim" of "Diamond Jim" Colosimo, who was one of the early Chicago mob bosses and the first to organize the various parts of the Chicago crime network. It was he who brought his nephew John "The Fox" Torrio to Chicago from Brooklyn to be his second in command, and Torrio in turn brought his old Brooklyn lieutenant, Al Capone, to Chicago to work as a bartender & bouncer.

When Prohibition went into effect in 1920 Torrio wanted the gang to enter bootlegging but Colosimo refused. It is suspected Colosimo was assassinated so the gang could enter the lucrative  business. Al Capone was one of the suspected in his death, but no one was ever convicted.