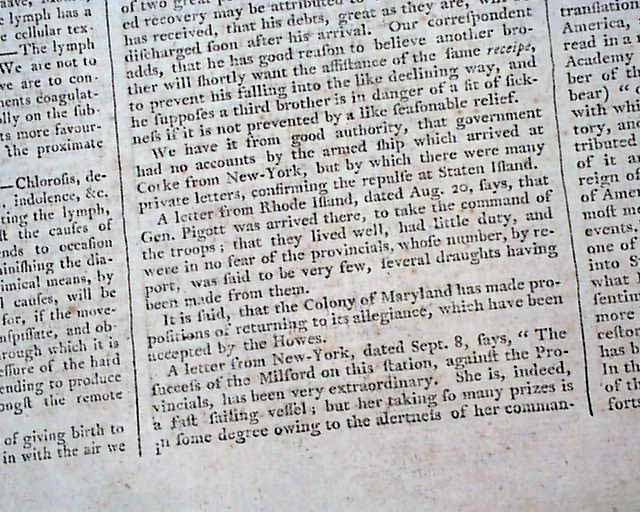 Details on the British military in Am...