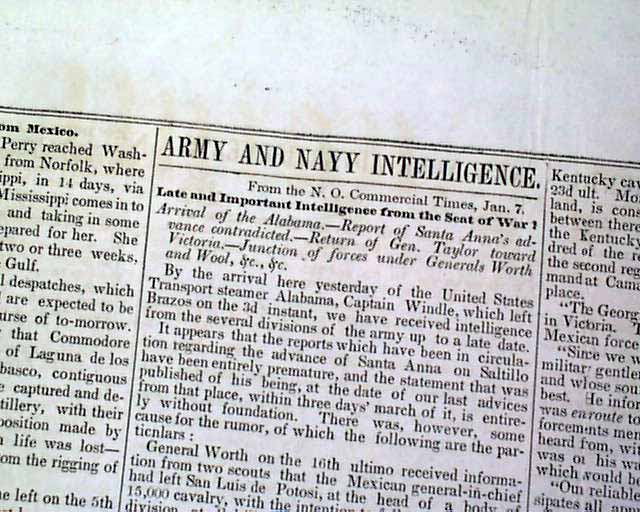 Page 3 has much content on the Mexican War including: "Late & Important Intelligence from the Seat of War!" with the subheads including: "Arrival of the Alabama--Report of Santa Anna's Advance Contradicted--Return of Gen. Taylor toward Victoria--Junction of forces under Generals Worth & Wool". Other small heads on page 3 include: "Tampico" "Saltillo" "Later From Santa Fe" "Arrival of the Mississippi" "Further News from New Mexico--Rumored Defeat of the Dragoons"
Four pages, very nice condition.