Home > Back to Search Results > Fort Henry map and a print of Captain Foote...
Click image to enlarge 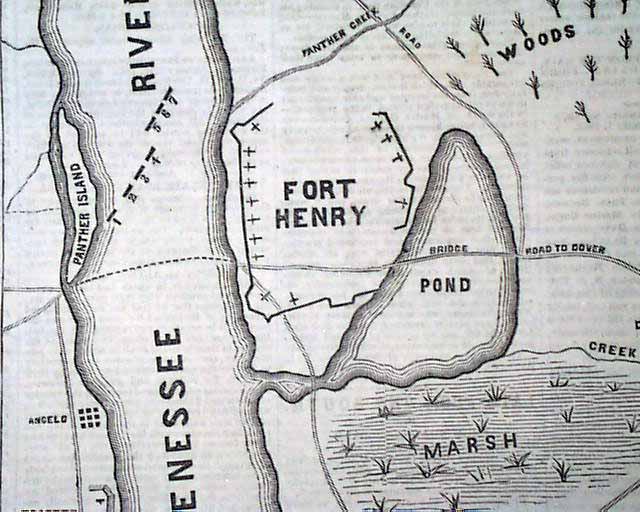 Fort Henry map and a print of Captain Foote...

The front page is dominated by two graphics, a large map headed: "The Position of Fort Henry & The Other Rebel Fortifications" along the Te3nnessee River, and also a nice print of: "Captain Andrew H. Foote, U.S. Navy, Commander of the gunboat Fleet which Captured Fort Henry". Many front page column heads on the Civil War as well including; "War Against Treason!" "Bombardment of Roanoke" "The War In Kentucky" "The War In Tennessee" & much more.
Eight pages, nice condition.