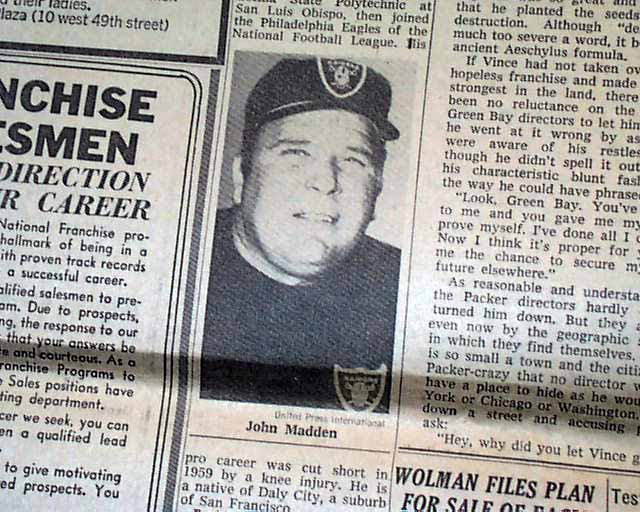 Within the sport's section (page 30) is a six column headline that reads: "Madden, 33, Succeeds Rauch as Coach of Football Raiders" with subheads: "Youngest Pilot In Both Leagues" "Davis Promotes Linebacker Assistant Who Joined Club Only Two Years Ago" and photo of a young Madden (see photos). This is 1st report coverage in the hiring of John Madden as the head coach of the Oakland Raiders. Nice to have in this famous NYC title.

Other news, sports and advertisements of the day. Complete in 76 pages, minor central fold wear on the front page, otherwise very nice condition.