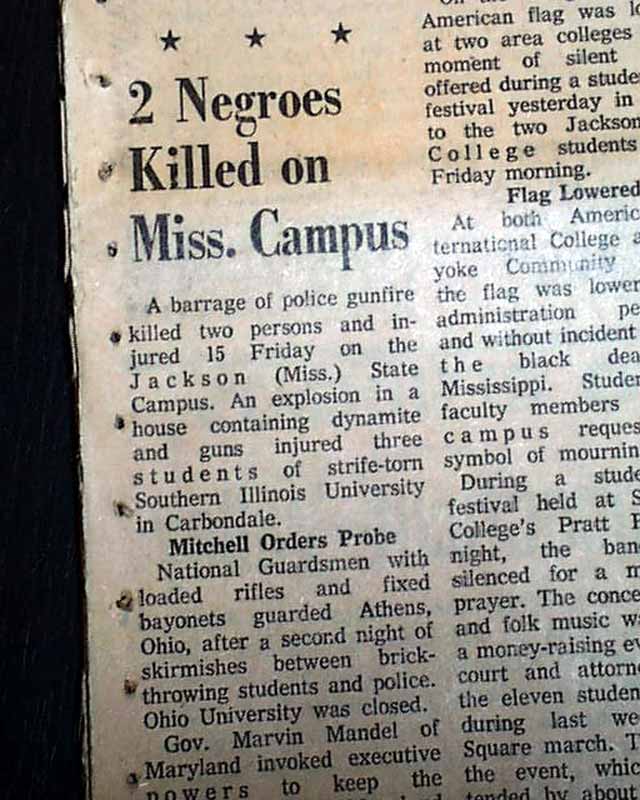 The front page has a one column heading: "2 Negroes Killed on Miss. Campus". 1st report coverage on the Jackson State University killings, which involved student protesters against the Vietnam War being shot at by police. This was shortly after the Kent State Univ. shootings.

Other news, sports and advertisements of the day throughout. Complete in 40 pages, tiny binding holes along spine, otherwise nice.