Home > Back to Search Results > A newspaper with a focus on phrenology...
Click image to enlarge 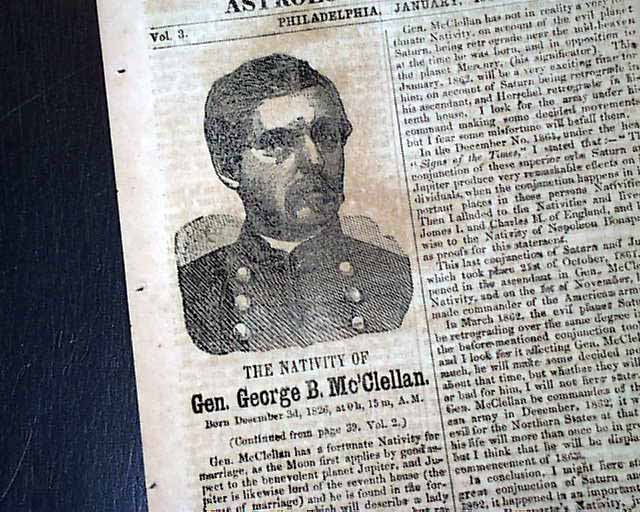 A newspaper with a focus on phrenology...

A fascinating and very unusual newspaper of small-size themed on predicting what would happen in the future as well as astrology and phrenology. The "science" of phrenology believed that a person's intelligence & personality were a factor of the shape of their skull.
The ftpg. has: "The Nativity of Gen. George B. McClellan" which is interesting to read from an historical perspective. Most of pages 2 & 3 are taken up with: "Astrology". The back page has: "A Singular Prophecy" which concerns Nostradamus' prediction that: "...a great quarrel & contest will arise in a country beyond the seas...The war will not cease for four years..." and more. Also: "The Fate of the Nation for the Winter Quarter of 1862".
Four pages, 5 3/4 by 9 inches, light toning, very nice condition.