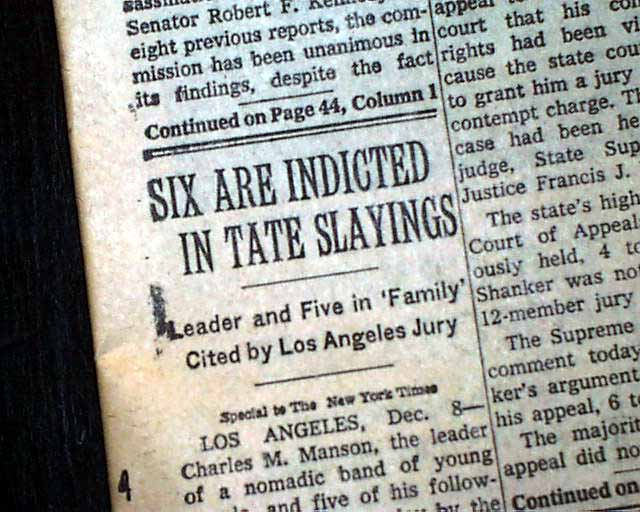 The front page has one column headings: "SIX ARE INDICTED IN TATE SLAYINGS" and "Leader and Five in 'Family' Cited by Los Angeles Jury". 1st report coverage on Charles Manson's indictment for murder in the Sharon Tate and LaBianca killings.

Other news, sports and advertisements of the day. Complete in 96 pages, nice condition.