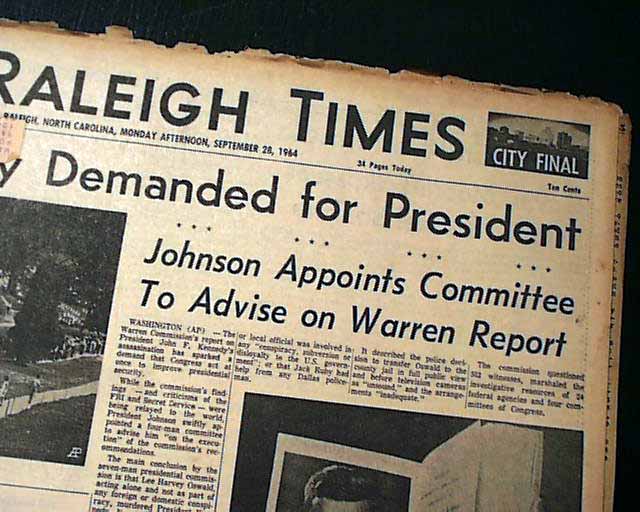 The top of the front page has: "Better Security Demanded for President" and "Johnson Appoints Committee to Advise on Warren Report". The front page has the report of the Warren Commission on the Kennedy assassination and notes in part: "...The main conclusion by the seven-man presidential commission is that Lee Harvey Oswald, acting alone & not as part of any foreign or domestic conspiracy, murdered President Kennedy. It said Jack Ruby acted as a loner in gunning down Oswald two days later..." with more. And goes on to note the main recommendation of the 888 page report was to tighten protection of presidents (see).
Complete in 34 pages, two internal leaves have some damage, small binding holes at the blank spine margin, address label near the top.