Home > Back to Search Results > Mendoza the Jewish boxer to give an exhibition...
Click image to enlarge 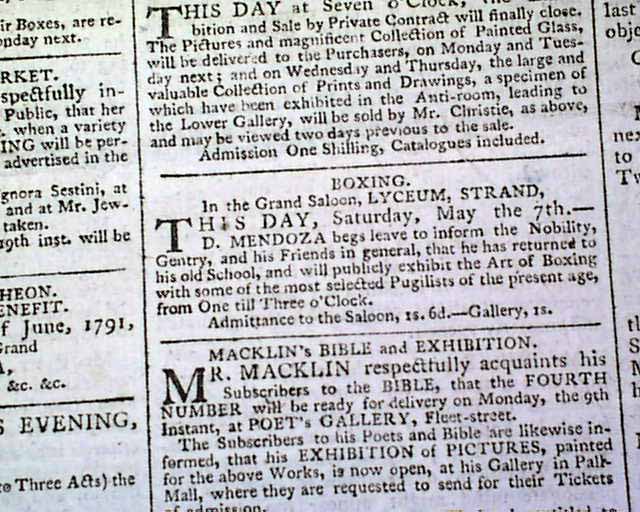 Mendoza the Jewish boxer to give an exhibition...


THE WORLD, London, May 7, 1791  The middle of the front page has an advertisement headed "Boxing" noting in part: "This day...D. Mendoza begs leave to inform the Nobility, Gentry, and his Friends in general, that he has returned to his old School & will publicly exhibit the art of boxing with some of the most selected pugilists of the present age, from one till three o'clock..." including the prices.
Daniel Mendoza was a famous Jewish boxer who transformed the English stereotype of a Jew from a weak, defenseless person into someone deserving of respect. He is said to have been the first Jew to talk to the King, George III (see hyperlink).
Four pages, very nice condition.