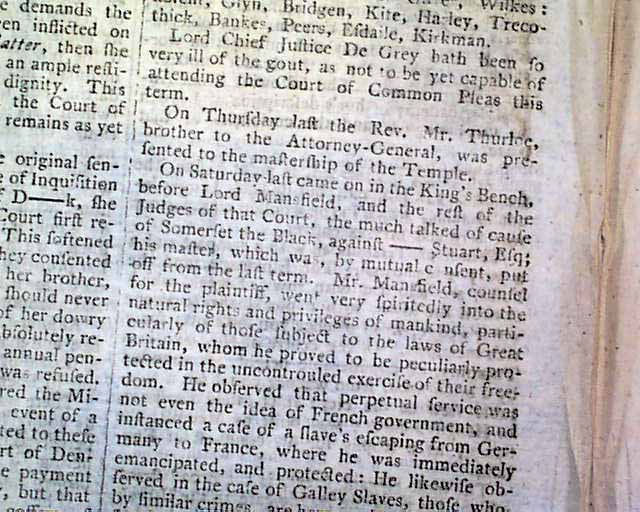 This is a significant issue concerning the landmark James Somersett slave case, the slave purchased in Virginia then taken to England, escaped & eventually recaptured. This case ultimately determined that slavery was unsupported in England and was the landmark event in the outlawing of slavery in England.
As noted in Wikipedia there were 3 hearings on the case from February to May, 1772. This issue reports on the second of those hearings and notes in part: "...the much talked  of cause of Somerset the Black, against Stuart, Esq. his master...Mr. Mansfield, counsel for the plaintiff, went very spiritedly into the natural rights & privileges of mankind..." with more.
Complete in 8 pages, 8 1/2 by 11 1/4 inches, very nice condition.