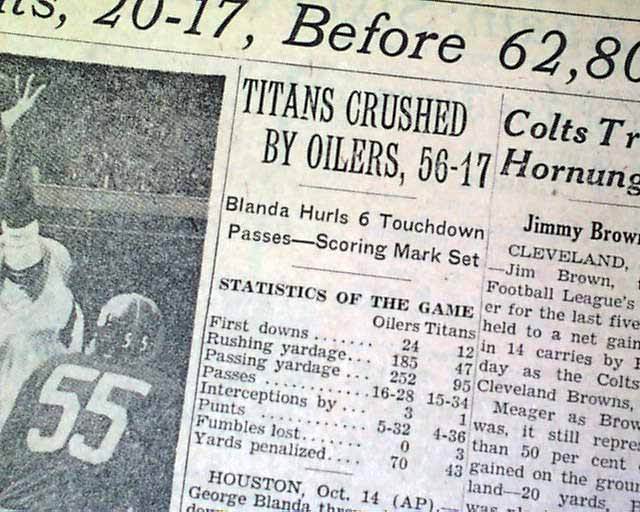 Other news, sports and advertisements of the day. Very minor margin wear, otherwise in good condition.

wikipedia notes: George Frederick "The Grand Old Man" Blanda (born September 17, 1927 to Slovak parents in Youngwood, Pennsylvania) is a former collegiate and Professional Football quarterback and placekicker. The son of a Pittsburgh area coal miner, Blanda has the distinction of having played 26 seasons of Professional Football, the most in the sport's history, and had scored more points than anyone in history at the time of his retirement. Blanda retired from Pro Football in 1976. He has been married since December 17, 1949, to Betty Harris and has 11 children. 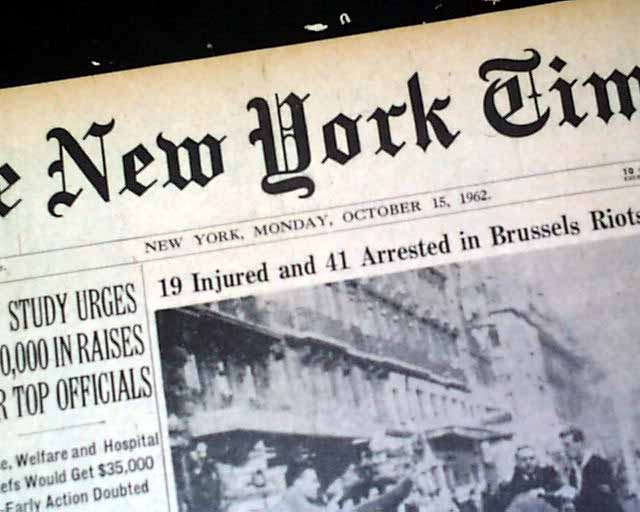 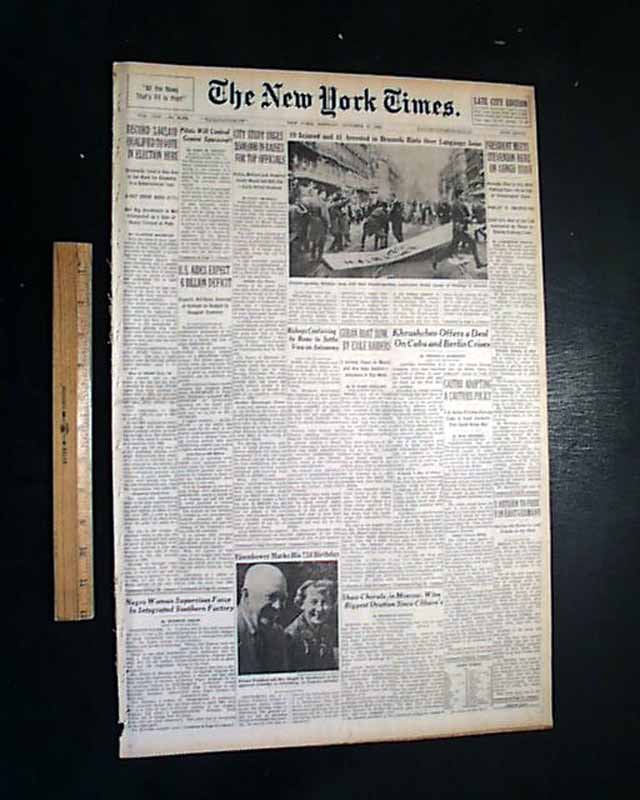 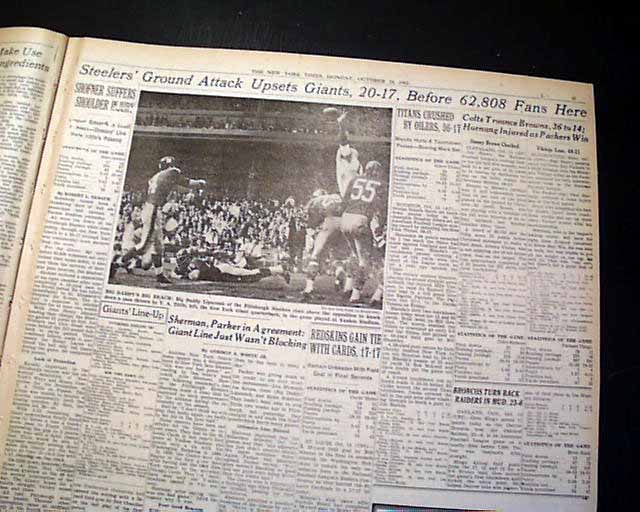 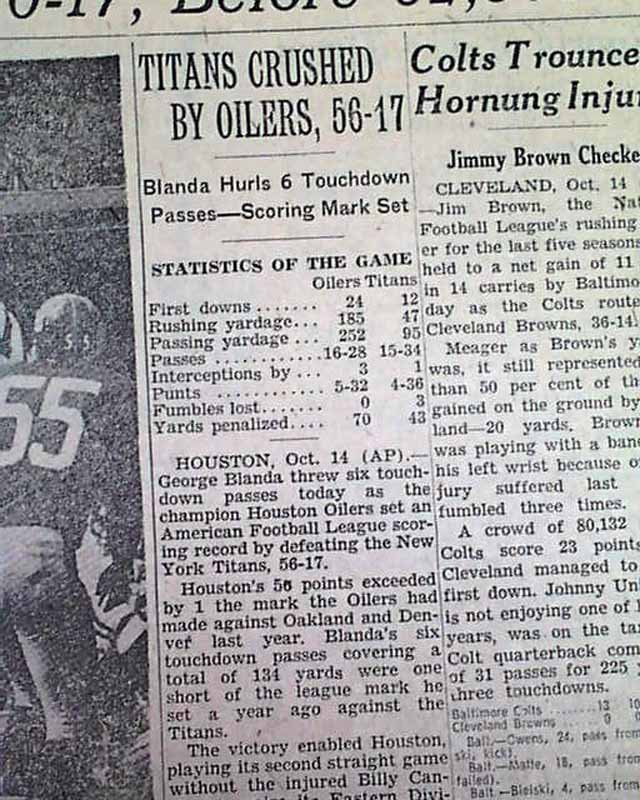 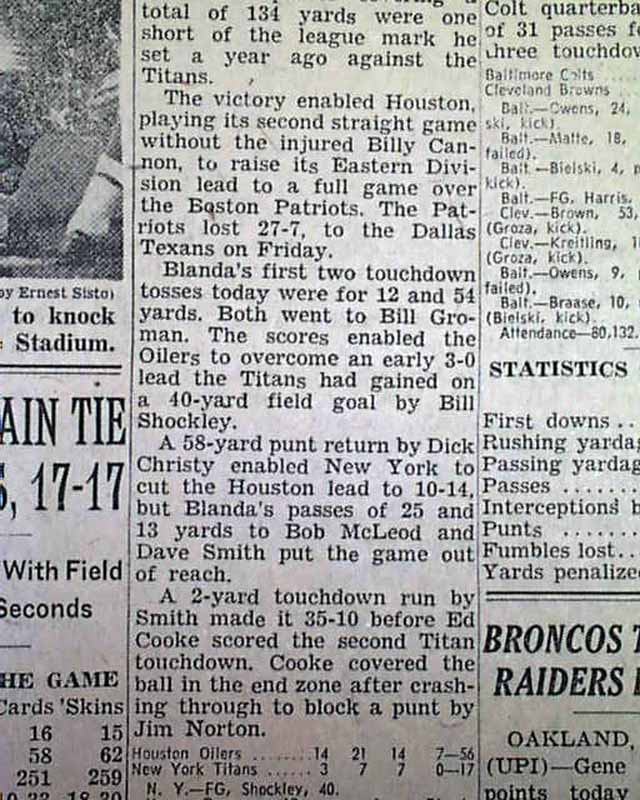 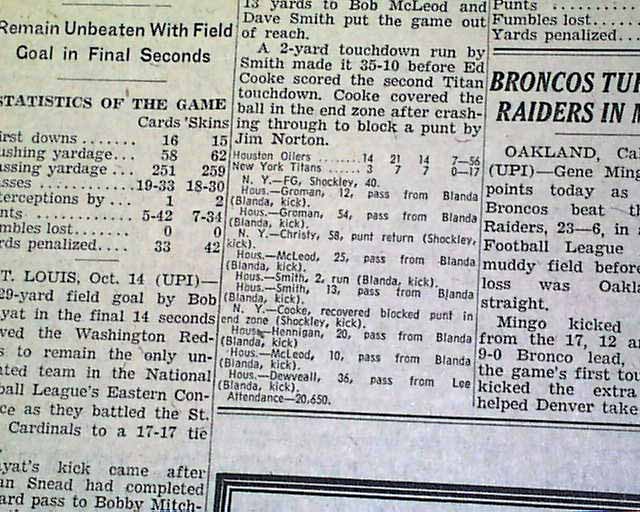